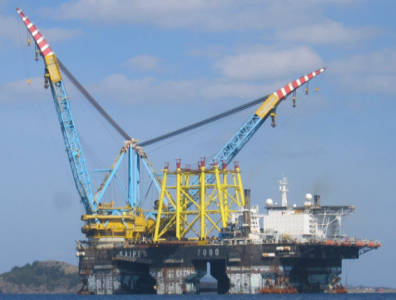 SAN DONATO MILANESE, February 3, 2016 – Italy’s Saipem has filed a EUR 759-million lawsuit against Russia’s state-run Gazprom for the cancelling of a contract to lay a pipeline into Europe, the Financial Times reported Monday.

Saipem registered a request for arbitration in November with the International Chamber of Commerce in Paris, the oil and gas company stated in documents dated January 25 and posted on their website. The company has failed to comment.

The South Stream project was announced by Saipem’s parent company, Eni, and Gazprom in June 2007. It was meant to be built under the Black Sea, through Bulgaria and towards Italy and Austria. The pipeline was expected to pump up to 63 bcm (2.23 tcf) from Russia to Europe. Although construction began in Russia on the offshore facilities in late-2012, the project was cancelled by the government in December 2014 due to the Crimean dispute and the imposition of sanctions from the EU on Russia.

The value of the South Stream project for Saipem was EUR 2.4 billion, broken into two projects. The largest contract for EUR 2 billion was transferred to the new Turkish Stream project, another planned pipeline through Turkey, and then cancelled due to breakdown in relations between Moscow and Ankara due to differences in the Syrian conflict and a Russian jet being shot down at the border.

Saipem is bidding on the new Nord Stream 2 project, which would connect Russia and Germany through the Baltic Sea. The company also signed EUR 5 billion in projects with Iran after sanctions were lifted.

European gas companies have been struggling due to low oil prices. In the last months, Saipem has seen massive cost cuts and downsized about a fifth of its employees.