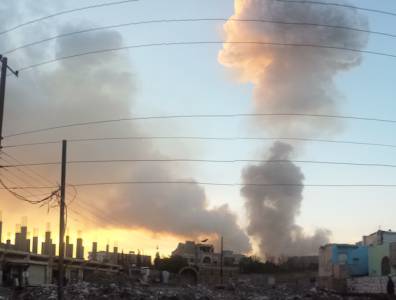 DUBAI, December 23, 2015 – Saudi air defence systems shot down a ballistic missile the Yemeni army said it fired at oil installations in the south of the kingdom. The missile was intercepted late on Monday night on a trajectory towards the city of Jizan.

A Yemeni army spokesmen told Yemen’s Saba news agency, which is controlled by Houthis, that the missile was directed at the Saudi Aramco compound.

Saudi Aramco has said its facilities were continuing safe and normal operations, including a refinery and oil terminal under construction in Jizan Economic City. Houthis have said the Yemeni army fired six ballistic missiles in the past two days targeting Saudi Arabia.

A Saudi-backed Arab coalition has been trying to restore President Abd Rabbu Mansur Hadi to power in a conflict that has claimed 6,000 lives since it broke out in March 2015.