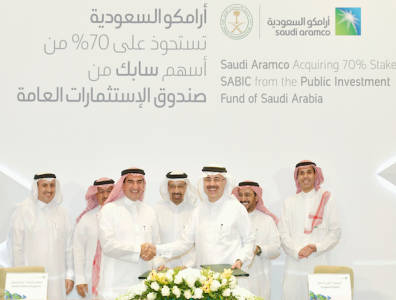 RIYADH, March 28, 2019 – Saudi Basic Industries Corporation (SABIC) will merge with Saudi Aramco under a long-anticipated deal announced by the NOC on Wednesday.

Aramco will take a 70% stake in the industrial giant, paying USD 69.1 billion to the country’s sovereign wealth fund. An initial agreement on the deal had been made in mid-2018, and had remained under study.

SABIC is an industrial major with global operations in more than 50 countries that earned USD 45 billion in net income last year.