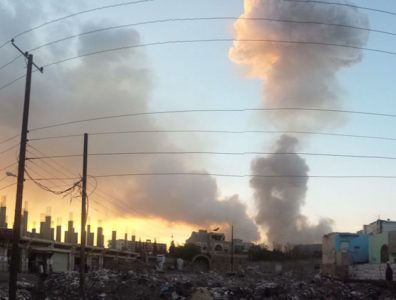 RIYADH, January 21, 2016 – At least nine people were killed in a Saudi air strike on the Yemeni oil port Ras Isa on Thursday. The number of casualties is expected to rise.

The attacks targeted a specific facility located on the Red Sea that loaded refined products onto tanker trucks for domestic distribution, according to workers. Oil export facilities and a sugar refinery located close to the site remained undamaged.

The Ras Isa oil export terminal has been down since March of 2015. Shipments have halted since coalition forces led by Saudi Arabia entered a national conflict between Houthi rebels and President Abd-Rabbu Mansour Hadi.

A decade ago, Yemen was capable of exporting around 350,000 bopd, but production has declined since 2011 due to both attacks on energy infrastructure and maturing fields. In 2013, the the country exported only 124,000 barrels of crude oil per day, according to the US Energy Information Administration.

For more features and news about Saudi Arabia, click here.