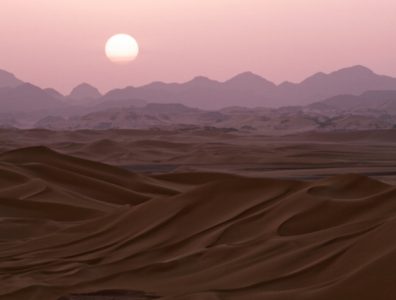 At least two guards have reportedly been killed, and two oil tankers owned by Harouge Oil Operations company, a joint venture between National Oil Corporation and PetroCanada, have been destroyed.

The area surrounding Ras Lanuf and Es Sider, the country’s largest oil terminals, is facing an environmental disaster as a result of repeated attacks, Libya’s state-run National Oil Corporation has said. The two facilities have been closed since December 2014, and the country’s production has fallen sharply from 1.6 million bopd in 2011 to less than 400,000 bopd.

On January 5 another IS strike on an oil storage tank at the Es Sider oil port killed two guards and wounded 16. Attacks the previous day at Ras Lanuf also resulted in casualties. In the two-day series of clashes, 18 guards were killed and seven storage tankers were damaged.

“Today Es Sider port and Ras Lanuf and tomorrow the port of Brega and after the ports of Tobruk, Es Serir, Jallo, and Al Kufra,” IS fighter Abu Abdelrahman Al Liby said on the organisation’s Telegram channel.

Tension in the area has built up since the ousting of Muammar Gaddafi in 2011. Rival governments have vied for control of the nation’s oil resources since 2014, with IS militants also contributing to the turmoil in the nation. With an estimated 48 billion barrels, Libya has the largest oil reserves in Africa.

For more features and stories about Libya, click here.