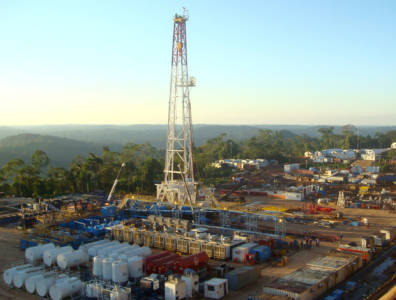 Schlumberger’s fourth quarter results were more upbeat. Revenue increased 1% sequentially to USD 7.1 billion and the company was able to narrow its net income loss to USD 204 million, down from USD 1.01 billion recorded over the same quarter in 2015.

Schlumberger pointed to strong activity levels in North America and the Middle East, Kuwait and Qatar in particular, as driving the uptick in year-on-year fourth-quarter revenue.
However, compared with the third quarter of 2016, losses actually widened from USD 176 million to 204 million.

“We maintain our constructive view of the oil markets, as the tightening of the supply and demand balance continued in the fourth quarter, as seen by a steady draw in OECD stocks. This trend was further strengthened by the December OPEC and non-OPEC agreements to cut production, which should, with a certain lag, accelerate inventory draws, support a further increase in oil prices, and lead to increased E&P investments,” Schlumberger Chairman and CEO Paal Kibsgaard said in comments on the company’s results, adding that market recovery is not expected until late 2017, early 2018.

FPU delivered to Moho Nord
Next