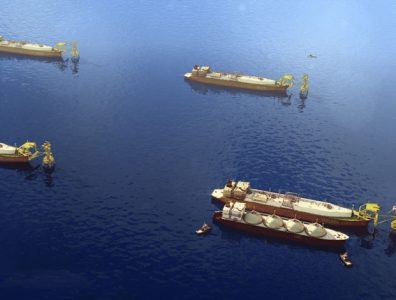 NEW ORLEANS, April 6, 2022 – Sempra Infrastructure has signed a heads of agreement with its partners to green light the second phase of the Cameron LNG facility in Louisiana, the US energy infrastructure company announced on Monday.

The second phase involves adding a fourth LNG train and increasing capacity on existing trains by debottlenecking activities. The fourth train alone will up capacity at the facility by 6.75 million tonnes per year.

A total of 52% of the fourth train’s LNG and 25% of deblottlenecking capacity is expected to be allocated to Sempra Energy. The remaining capacity will be split equally between existing customers from the first phase of development.

Partners on the project are TotalEnergies, Mitsui & Co and Japan LNG Investment, a joint venture between Mitsubishi Corporation and Yusen Kabushiki Kaisha.

The heads of agreement is non-binding and subject to necessary permits and a final investment decision by all partners.

Sempra Infrastructure also announced the award of two FEED contracts to Bechtel Energy and a joint venture between JGC America and Zachry Industrial. The competitive FEED process will end with one contractor chosen as the EPC contractor on the fourth phase project.