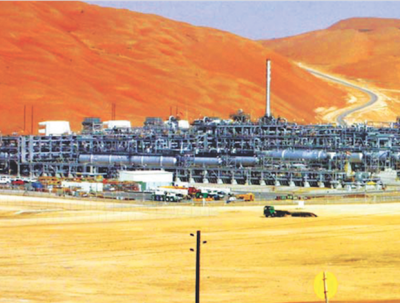 ABU DHABI, January 18, 2016 – Shell announced its departure from the Abu Dhabi sour gas development at the Bab gasfield on January 18th. The announcement follows a day of tumultuous trading that saw the price of Brent crude fall to USD 27.67 per barrel at its lowest point since 2003.

The super-major stated that the decision to abandon the project was the result of careful analysis of the technicalities associated with the project in addition to the USD-10 billion price tag.

“The evaluation concluded that for Shell, the development of the project does not fit with the company’s strategy, particularly in the economic climate prevailing in the energy industry”, Shell related in a company press release.

Since beating out ExxonMobil, Korea National Oil Company and BP in 2013, the price of gas has fallen by 50 percent making developments at the 28.3 mcm (999 mcf) per day asset less economically viable than originally estimated.

The move to exit the project comes as Shell is completing a deal to purchase BG Group for around GBP 47 billion.

Click here to read more about the Abu Dhabi

Suncor strikes $6.6 billion deal with COS
Next

Petronas to cut costs by $11.4 billion