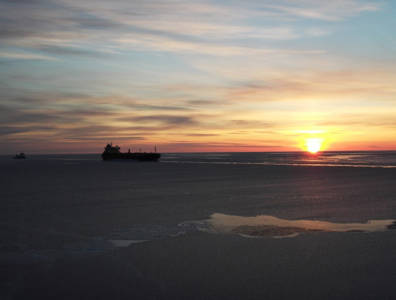 JUNEAU, April 1, 2015 – Shell will be allowed to restart oil exploration offshore Alaska, the US government announced Wednesday. The company hopes to resume oil exploration in the Chukchi Sea in summer 2015.

In anticipation of the greenlight from US authorities, Shell had already begun moving rigs to Alaska. The company hopes to reach a crude oil output of 400,000 barrels per day from Chukchi.

Shell’s exploration plan will be reviewed by the Department of the Interior’s Bureau of Ocean Energy Management and will include a detailed environmental assessment. “The Arctic is an important component of the administration’s national energy strategy, and we remain committed to taking a thoughtful and balanced approach to oil and gas leasing and exploration offshore Alaska,” Reuters quoted Interior Secretary Sally Jewell as saying.

The moratorium on Arctic drilling followed a 2012 accident in which the Kulluk oil rig was grounded four days after breaking away from its tow vessel. The US Coast Guard report on the incident cited poor risk assessment and management by Shell. No one was injured in the incident.

Environmental groups remain skeptical of the required safety measures. “All the evidence shows Shell can’t drill safely in the Arctic. The extreme conditions means it’s when, not if, a spill will happen,” Ian Duff, a Greenpeace Arctic campaigner, was quoted in The Telegraph as saying. The US Bureau of Ocean Energy Management estimates the chances of a large oil spill over 77 years of hydrocarbons development of Alaska at around 75 percent.

Qatari pair to invest $5 billion in China
Next