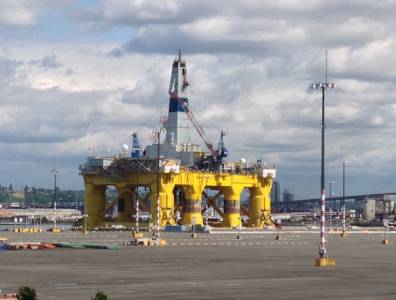 Shell, BG deal gets board approval

LONDON, December 21, 2015 – The boards of Shell and BG unanimously approved the merger of the two companies, taking another step towards the USD 70-billion deal now slotted for approval by the UK’s High Court.

BG’s largest investor, Capital Group, sold USD 149-million of its shares last week as the merger drew closer. Shell had approached BG in April, when Brent crude was valued at USD 55 per barrel. Since then, oil has dropped as low as USD 37.

Falling oil prices have caused industry-wide scepticism on the soundness of Shell’s decision and whether its shareholders would approve the merger in meetings scheduled for the end of January 2016. Shell’s shares have declined 33.5% since the BG deal was revealed in Spring 2015.

Shell expects to cut 2,800 jobs after the merger is finalised. The two companies will publish the scheme document for the merger tomorrow. Shell CEO Ben van Beurden had said in September that only “something cataclysmic” could stop the merger, for instance “if people stopped using energy.”