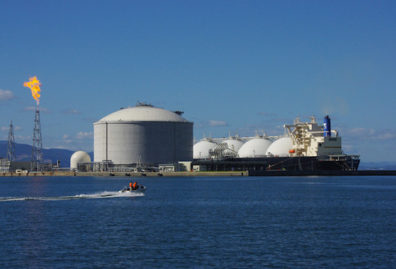 NAYPYIDAW, August 24, 2015 – Super-major Shell has entered into an agreement with two Thailand-based companies to develop an LNG terminal at the Dawei special economic zone, located in the Tanintharyi region in Myanmar.

According to local daily newspaper Myanmar Times, Shell signed the joint development agreement with the Italian-Thai Development Public Company and the LNG Plus International Company in Bangkok, Thailand, on August 19.

“We believe that this opportunity will enable Shell, together with its partners, to bring its global expertise in LNG to Myanmar meeting the country’s energy aspirations,” Roger Bounds, Shell’s vice president of global LNG was quoted by Myanmar Times as saying.

He added that initial customers for the LNG would be developers from inside the Dawei special economic zone. Furthermore, the receiving and re-gasification terminal would serve as a conduit to Thailand and other parts of Myanmar at a later date.

Under the agreement, Shell will offer technical expertise to develop the terminal and “access terminal capacity and supply LNG to customers,” Bounds has said.

For more news and features from Myanmar, click here.

Delays for Noble wildcat off Falklands