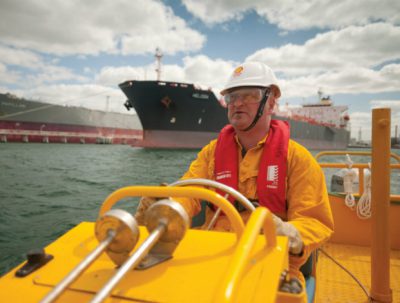 Shell said 475 of these jobs will come from upstream operations in the UK and Ireland. With this decision, the firm has reset its target to 12,500 layoffs by the end of the year. In 2015, the company let go 7,500 employees and direct contractors.

Weak oil prices reduced the Anglo-Dutch entity’s annual spending target to under USD 30 billion and prompted the company to put USD 30 billion worth of assets up for sale.

“These are tough times for our industry, and we have to take further difficult decisions to ensure Shell remains competitive through the current, prolonged downturn,” Paul Goodfellow, Shell’s vice-president for UK and Ireland stated.

The downsizing comes after Shell’s USD 7-billion integration with BG Group, the biggest merger since Exxon and Mobil fused in the 1990s. The move propelled the company’s output by 15% and raised cashflow by USD 800 million compared to 2015.

Although layoffs have risen, Shell expects net job loss to be less than 5,000 due to the addition of IT and graduate employees.