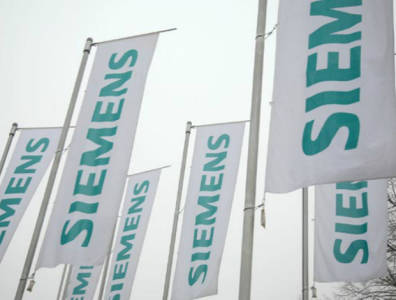 TEHRAN, January 24, 2017 – Siemens has won an order for compressor stations in Iran worth tens of millions of euros, the company announced on Monday.

In a press release, Siemens described the deal’s value as “in the high double-digit million euro range.”

Ten of the compressors will be installed in the Mohr gas processing plant, located in south-central Iran. The remaining two trains will go to an unnamed second plant. The Mohr facility will convert incoming gas to C2+ hydrocarbons destined for both domestic consumption and conversion to petrochemicals feedstock.

The company expects to see the compressors in commercial operation by the end of 2018.

In other news, Iran is inviting Russian participation in the construction of the 1,850-kilometre 9th Iran Gas Trunkline (IGAT-9), an official said on Monday.

Iran’s Mehr news agency quoted Araghi as saying that if the required licences are obtained, the project’s pipelaying segment of the project could be implemented as an EPCF contract worth USD 2.5 billion.

The IGAT-9 project comprises construction of Iran’s ninth cross-county gas trunkline, stretching from east of the South Pars-area city of Asaluyeh to the city of Bazargan on the Turkish border. The project work includes construction of the 1,850-kilometre, 56-inch pipeline and 17 pressure-boosting stations.

Once completed, IGAT-9 will export Iranian gas gathered from the South Pars field to Turkey and Europe, increasing the country’s gas delivery capacity by around 110 mcm (3.88 bcf) per day.

China puts blocks up for bid
Next