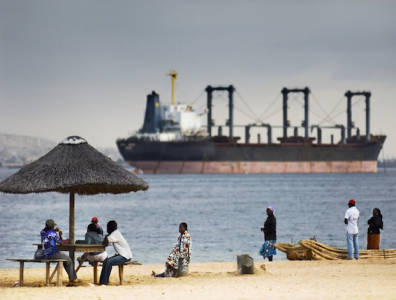 LUANDA, February 25, 2016 – Sonangol, the state oil company of Angola, on Thursday announced that its net debt to foreign oil companies had ballooned to USD 7.8 billion in 2015, a year-on year increase of 41%.

Comprising outstanding investment and operational costs, Sonangol’s increasing debt burden comes at a time of dwindling revenues. The company’s 2015 revenue was down 54% on account of lower oil prices. As a result, Sonangol said 2016 would be a difficult year for the company, with planned investment coming under review. “The results and the company’s financial performance will remain under heavy pressure,” the company statement read.

Angola produced 1.78 million bopd on average last year, up 6% over 2014. Despite the country’s financial woes – Angola engaged in talks with the World Bank in January to secure funding for reforms – a further increase in oil output for 2016 is in the cards.

Gazprom to invest in Belarusian gas network
Next