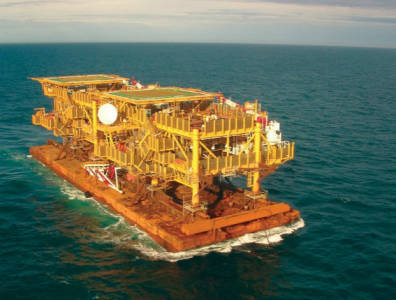 BUENOS AIRES, February 25, 2016 – French oil and gas major Total has brought the Vega Pleyade gas and condensate field on line, the company announced on Thursday. Located offshore Argentina, the field has a production capacity of 10 mcm (353 mcf) of natural gas per day.

Vega Pleyade is Total’s second field to enter into operations this year. Earlier in February, the company began production on its offshore Laggan-Tormore project in the UK. Using a single wellhead platform, the resource offshore Argentina will be fed back via a 77-km pipeline to the onshore Rio Cullen and Canadon Alfa treatment facilities.

The Vega Pleyade field is situated in the Total-operated Cuenca Marina Austral 1 concession. Partners in the Tierra del Fuego region’s shallow-water development are Germany’s Wintershall with 37.5% and Pan American Energy with 25%.

Commenting on the start of production, Total president of exploration & production Arnaud Breuillac said Vega Pleyade would allow the company to “maintain the level of our operated production in Tierra del Fuego at around 18 mcm [636 mcf] per day and to contribute to the long-term delivery of gas to Argentina.” According to Breuillac, the work marks the “development of one of the largest offshore gasfields in Argentina and is the world’s southern-most gas development.”

For more news and information on the oil and gas industry in Argentina, click here