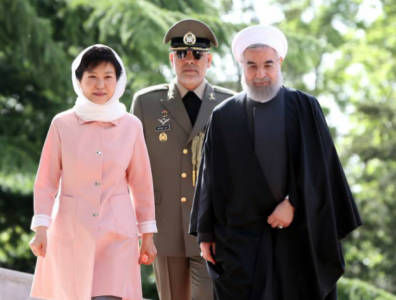 TEHERAN, May 2, 2016 – Iranian Minister of Petroleum Bijan Zangeneh and his South Korean counterpart signed a memorandum on enhanced oil and gas co-operation on Monday. The agreement follows on the heels of a meeting on Sunday between the two countries’ presidents, Hassan Rouhani and Park Geun-Hye.

One of the major components of the co-operation is the memorandum of understanding between National Iranian Gas Company and Korean Gas Corporation (KOGAS), which is eyeing gas pipeline construction projects in Iran. Speaking on sidelines of the signing ceremony on Sunday, KOGAS president Seung-Hoon Lee once more signalled the company’s readiness to carry out the construction of the proposed subsea gas pipeline to Oman. KOGAS operates a 4,400-km pipeline network in South Korea.

Other areas of co-operation outlined in the agreement include research and development, LNG plants, mini-LNG plants, CNG facilities and developing energy optimisation strategies. KOGAS is the world’s second-largest LNG importer, having imported 2.85 million tonnes in 2015.