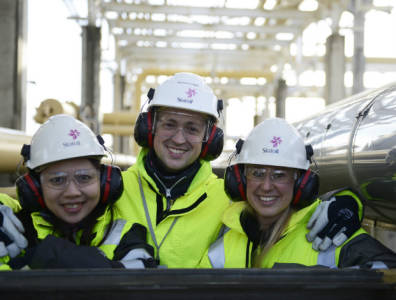 The agreement is for work at Statoil’s Sture export terminal, which is capable of supporting tankers up to 300,000 tonnes and has a storage capacity of 1 mcm (35.3 mcf), as well as the Kollsnes natural gas processing plant which handles up to 143 mcm (5.05 bcf) per day. The latter contract has been awarded by Norwegian transport operator Gassco, which manages the site. The work will include rope access manoeuvres and rigging, along with other related tasks.

Both contracts are currently being reviewed.

“This framework agreement with Prezioso Linjebygg for the delivery of ISO services at Sture and Kollsnes marks the start of a long-term partnership between the companies,” said Olav Bådsvik, head of Sture and Kollsnes processing plants.

Total to explore Sri Lanka
Next