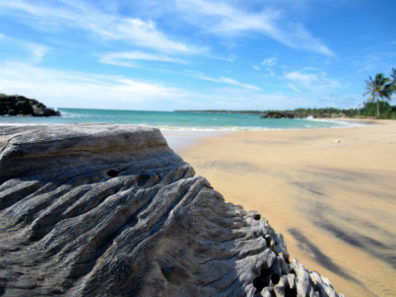 COLOMBO, February 19, 2016 – Total signed a deal with the Sri Lankan government to explore oil on the island’s east coast, the Petroleum Resources Development Ministry said in a statement on Thursday.

The USD 25-million investment will be used to perform technical surveys and acquire seismic data on the 50,000-km location and determine the presence of commercially viable hydrocarbons. The information collected would be owned by the government to further develop the region. Exploration is to begin in three months and is expected to finish in 2018.

Should Total discover petroleum deposits, the super-major will be able to negotiate a PSC with the country. Other investors may join the bidding should negotiations fail. Total also holds the right to match the highest bidder within a specific timeframe.

The government will also charge rent of USD 1 per sq.km for the entire area, almost LKR 7 million (USD 47,500) per year.

The agreement had been negotiated since 2014 after exploration firm Cairn India abandoned the venture due to dipping oil prices. In 2011, Cairn discovered two gas wells on the Mannar Basin after investing USD 300 million into the project.

“The opportunity we are offering is not just in exploration but in the linkages that follow from the emergence of an entire natural gas industry in Sri Lanka, which decouples risk with the rest of the world,” said director-general Saliya Wickramasuriya of the Sri Lankan Petroleum Resources Development Secretariat.