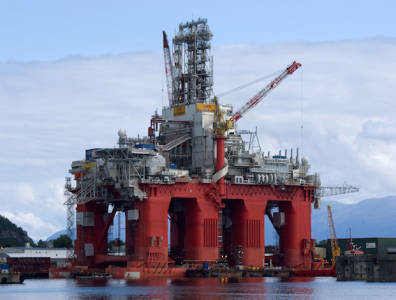 STAVANGER, June 9, 2015 – Norwegian multinational Statoil announced today that it has made a gas discovery at the Gymir prospect in the Norwegian Sea. The discovery was made by semi-submersible vessel Transocean Spitsbergen nearly 20 kilometres west of Statoil’s Aasta Hansteen field. Drilling operations revealed a gas column of 70 metres in the Nise formation with 40 metres of sandstone that has “very good reservoir quality”, according to the Norwegian Petroleum Directorate, a state-run governing body.

Gas was discovered in production licence 602 after the second exploration well was drilled. Recoverable resource estimates stand between 1-3 bcm of gas.

The find is the third made by Statoil in three months in the Aasta Hansteen area, with gas encountered at the Snefrid North and Roald Rygg fields.