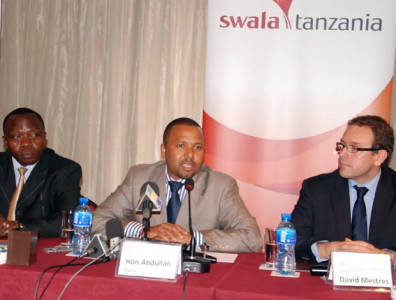 DAR ES SALAAM, August 27, 2014 – Local exploration company Swala Oil and Gas has announced the beginning of 200 kilometres worth of 2D seismic acquisition over its Pangani exploration licence. The company will be working with Canada’s Polaris Seismic on the Moshi Basin, identified through previous seismic in the area in 2013. Swala Oil & Gas has identified a three-kilometre-thick basin fill that it is looking to drill. The seismic programme is aimed at outlining the drilling programme the company intends to pursue in 2015.

After this four-week acquisition, Swala Oil & Gas will continue with further seismic acquisition in its other exploration licence, Kilosa-Kilombero. Sources involved with the project have told TOGY that the prospect has high potential for oil finds.

In contrast to the country’s considerable gas finds, Tanzania has no proven oil reserves. Swala was the first East African exploration and production company to become listed. After an initial public offering raised TZS6.65 billion ($400 million), representing an over subscription of 38 percent of the initial TZS4.8 billion ($289 million), the company went public on the Dar es Salaam Stock Exchange earlier this month.

SNPC: Financing deal for Congo pipeline by 2015
Next