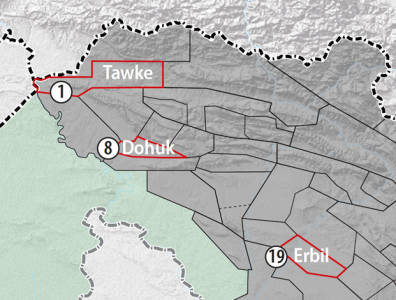 OSLO, March 5, 2015 – Oil production at the Tawke oilfield in the Kurdistan region of Iraq will begin increasing this spring, reaching a new capacity of 200,000 barrels of oil per day (bopd) as reported by Bijan Mossavar-Rahmani, executive chairman of Norwegian operator DNO ASA.

The new pipeline will bring overall capacity up from 125,000 bopd in 2013 and connects Tawke field to an export facility in the western city of Fish Khabur.

At the end of 2014, Tawke field held a total of 28 wells, of which 26 were producing and nine were drilled horizontally. Shareholders of the development are DNO (55 percent), Turkey’s Genel Energy (25 percent) and the Kurdistan Regional Government (20 percent).