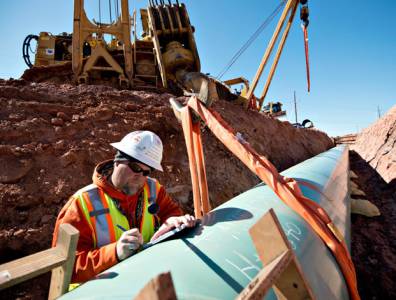 WASHINGTON DC, March 5, 2015 – The US Senate has failed to override President Barack Obama’s veto of a bill that would have cleared construction of the Keystone XL pipeline.

The result on Wednesday represents a setback for the Republican Party, which has presented the proposed $8-billion pipeline as a legislative priority. Eight Democrats and 54 Republicans voted to reverse the veto, five short of the two-thirds super majority needed.

President Obama said he resisted the bill because it would bypass his administration’s review, now in its sixth year, in a move Senate Majority Leader Mitch McConnell described as having chosen “deep-pocketed special interests over the middle class.”

“The real question here is whether we’re going to allow Keystone’s energy to help support middle-class jobs in America, or whether we’ll allow those jobs and energy to potentially be sent to high-polluting countries like China,” McConnell was reported as saying.

The 1,400-kilometre Keystone XL pipeline would pass from Canada’s oilsands in Alberta through much of North America to the Gulf of Mexico and have the capacity to carry around 830,000 barrels of oil per day.