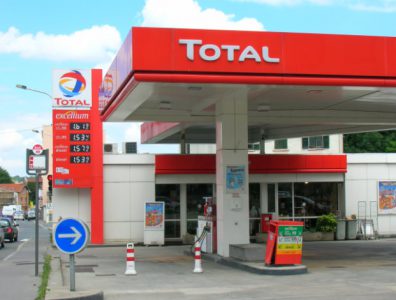 COURBEVOIE, February 11, 2016 – Total saw a 26% fall in adjusted net income for Q4 2015, falling from USD 2.8 billion the year before to USD 2.1 billion, according to its financial report published today.

The company’s net income fell 18% to USD 10.5 billion. Total had previously dropped this year’s investments by more than 15% to USD 19 billion.

“Upstream production increased by a record 9.4%, driven by the startup of nine projects,” Total’s CEO Patrick Pouyanné said in a statement.

Total seeks to liquidate USD 10 billion assets over three years, having already gained USD 4 billion in 2015. It intends to save USD 3 billion by 2017.

Pouyanné boasted that Total had “the best performance among the majors” after publishing the yearly report.

Analysts attribute the company’s successful weathering of the downturned market to its considerable refining operations and petrol stations.

Competitors have seen massive deductions in income, restructuring and downsizing. BP reported a loss of USD 5.2 billion in its report last week, its worst annual loss ever. Shell published an 80% fall in their 2015 profit to USD 3.8 billion.

Total has already started production at its massive offshore Laggan-Tormore project in the UK. The fields are expected to produce 90,000 boepd over the next 20 years.

For more oil and gas features and news on France, click here.