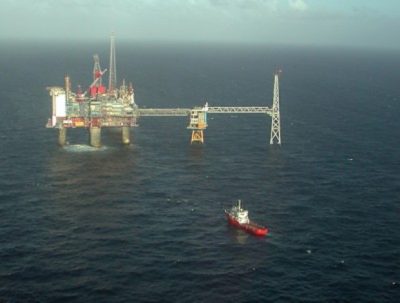 PORT MORESBY, February 2, 2017 – The French giant Total and its smaller partners Oil Search and InterOil have drilled a side track appraisal well in the Orubadi Formation in Papua New Guinea after encountering difficulties, InterOil announced on Wednesday.

“The well is designed to provide structural control and reservoir definition on the field’s western flank,” the company said in a statement. “It has a proposed total depth of around 2,300 meters [7,545 feet] MDRT and is located about 1.45 km west-south-west of Antelope-5.”

By the end of January, the press release added, the well was at 1,980 meters (6,496 feet) MDRT and was “drilling ahead in the Orubadi Formation.”

Total has about 40.1% interest in the well. InterOil, which faces an ExxonMobil takeover bid, holds some 36.5%, Oil Search has around 22.8% and the rest is held by “minority parties.”