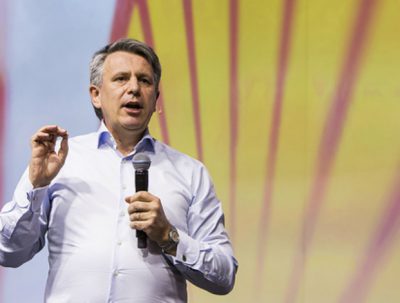 Shell sees year of progress ahead

THE HAGUE, February 2, 2017 – Shell posted its fourth quarter and full-year 2016 results on Thursday, revealing a drop in earnings as the company emerges from what it called a “transition year.”

Earnings over the last three months of 2016 on a current cost of supplies (CCS) earnings attributable to shareholders basis came out at USD 1.03 billion, down 44% from the USD 1.84 billion recorded over the same period in 2015.

On a full year basis, the company posted earnings of USD 3.5 billion, down 8% year-on year.

Saying that 2016 had been a “transition year,” CEO Ben van Beurden assured investors that efforts were underway to transform the company into a “world-class investment.”

“We are reshaping Shell and delivered a good cash flow performance this quarter with over $9 billion in cash flow from operations. Debt has been reduced and, for the second consecutive quarter, free cash flow more than covered our cash dividend,” he said in a video message.

Shell’s hydrocarbons production averaged 3,905 million boepd over the fourth quarter, up 28% from 2015, despite the impact of curtailment of gas production in the Netherlands and security issues in Nigeria.

Measured over the whole of 2016, output was recorded at 3.66 million boepd, an increase of 25% over the preceding year.

“Looking ahead, we will further focus the portfolio and strengthen the company’s financial framework in 2017. Our strategy is starting to pay off and in 2017 we will be investing around $25 billion in high quality, resilient projects,” van Beurden also said.