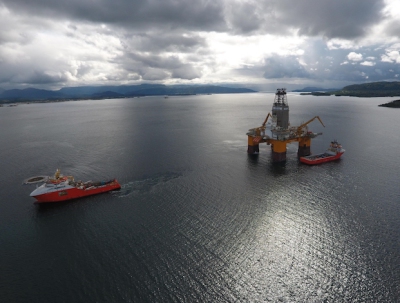 The discovery was made at the Luiperd prospect in Block 11B/12B in the Outeniqua Basin, 175 kilometres off the country’s southern coast. Drilled to a depth of about 3,400 metres, the well encountered 73 metres of net gas condensate pay.

The company’s Brulpadda discovery was made at an adjacent play in 2019.

“We are very pleased with this second discovery and its very encouraging results, which prove the world-class nature of this offshore gas play,” Arnaud Breuillac, Total’s president of exploration and production, said in a statement.