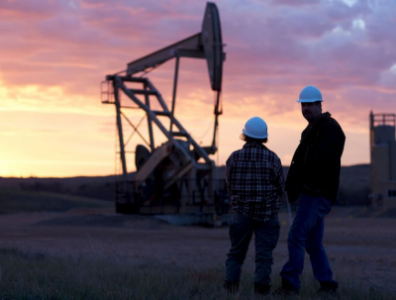 Oil up on hurricane shutdowns after 5% drop overnight

LONDON, October 29, 2020 – Oil was mixed on Thursday morning in Asia after a big 5% slide overnight that pulled both Brent and WTI futures below the $40 benchmark. Prices received a boost from Hurricane Zeta in the Gulf of Mexico.

Covid-19 case numbers are spiraling upwards in both Europe and the US, with further European clampdowns on social activities expected. The news pulled prices down over 5% on fears of an even more protracted economic slump than previously expected.

Asian trade restored some of the losses, with Hurricane Zeta causing a shutdown of around two thirds of US Gulf of Mexico production. However, Libya’s returning output after eight months of embargo is pushing oversupply issues to the fore.

The ongoing global rise of Covid-19 cases, especially in developed countries, is giving major concern to investors, with further economic woes in focus, rather than the hopes of recovery seen in previous months.

“It’s been blow after blow for the outlook for crude. Whether it’s on the supply side with Libya coming back on line, or lack of discipline in OPEC+, or new lockdowns in Germany and France as we speak, they all further sour the outlook,” CMC Markets and Stockbroking chief market strategist Michael McCarthy told Reuters.

In the US, crude oil supply data released on Wednesday by the US Energy Information Administration showed a build of 4.320 million barrels in the week to Oct. 23. The build follows Tuesday’s data from the American Petroleum Institute showing a build of 4.577 million barrels.

Adding to the general uncertainty is the Nov. 3 US presidential election, with fears of a protracted disputed outcome due to major changes in the way each state votes caused by the Covid-19 pandemic.

With the ever-rising number of Covid-19 cases continuing to dampen fuel demand, “the pandemic’s resurgence is putting pressure on the Organization of the Petroleum Exporting Countries (OPEC) to delay its planned production hike in January,” ANZ Research said in a note.

OPEC+ had announced plans earlier in the month to ease production cuts from the current 7.7 million barrels per day (bpd) to around 5.7 million bpd starting in January 2021.

On a somewhat brighter note, both China and India are increasing their purchase activity, crude oil processing in India hitting its highest point in six months, and China beginning to fill early 2021 quotas.