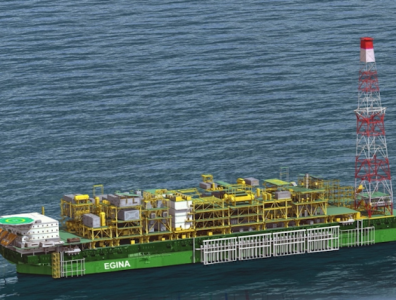 LAGOS, December 7, 2018 – Total Upstream Nigeria and Samsung Heavy Industries have settled their dispute over the contract for the Egina project out of court, local media reported Thursday.

“Given that parties have resolved the dispute after reaching a final settlement agreement as in our letter ref. EGN-00-AEMG-BNPC-LET-000827, dated August 28, 2018; the order becomes ineffectual since there is no longer a dispute for which arbitration is required,” Total executive manager Jean-Michel Guy wrote in a letter to National Petroleum Investment Services cited by daily Leadership.

Samsung Heavy Industries was responsible for the design, procurement, construction, delivery and trial operations of the Egina FPSO under a USD 3.5-billion contract awarded in 2012.

Additionally, Samsung worked with Ladol to finalise the vessel’s integration at SHI-MCI Free Zone Enterprise, their joint venture yard. Ladol barred Samsung Heavy Industries from its free zone in September over a dispute. Judgement on their substantive suit is expected on January 25, 2019.