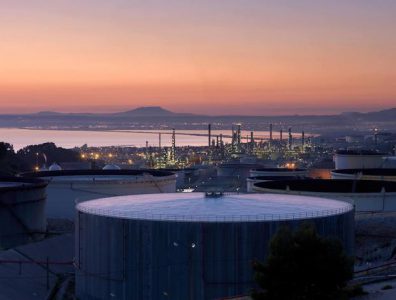 PARIS, April 12, 2021 – Total has announced the launch of its production of sustainable aviation fuel (SAF) at its La Mède biorefinery close to Marseille and its Oudalle facility near Le Havre.

The company aims to deliver the bio jet fuel to French airports starting this month, it said in a press release last week. In 2024, Total’s Grandpuits platform, southeast of Paris, will also start producing SAF.

The SAF will be made from animal fat, used cooking oil and other waste and residues from the circular economy. SAF is a practical, greener alternative to fossil-based jet fuel since it significantly reduces CO2 emissions from air transportation and it can be used as a drop-in fuel, without any need to modify existing supply-chain infrastructure, aircrafts or engines. Total has clarified that it will not use vegetable oil as feedstock.

Starting operations in July 2019, La Mède is France’s first world-class biorefinery, with a capacity of 500,000 tonnes of hydrotreated vegetable oil (HVO) biodiesel per year. The facility also produces Avgas and AdBlue, operates as a logistics and storage hub for petroleum products, hosts a training centre, and counts with a solar farm.

“By producing sustainable aviation fuel at out French sites today, we are able to respond to strong demand from an aviation industry looking to reduce its carbon footprint, while adapting our industrial resources” Bernard Pinatel, president of refining and chemicals at Total, said.

This announcement comes as a response to the latest French legislation that demands aircrafts use at least 1% bio jet fuel by 2022, 2% by 2025 and 5% by 2030. The company is involved in several initiatives to produce and market SAF in partnership with aviation industry partners. Total will further solidify its energy transition strategy with the creation of its dedicated Renewable Fuels Business Unit in May 2021.

The company has an ambitious net-zero emissions goal for 2050 and has been gradually building its clean energy portfolio. A key step in this strategy was the acquisition in 2011 of SunPower Corporation, which enabled the company to expand its solar power operations. Total is planning to scale up its renewable generation capacity to 25 GW by 2025 and to 100 GW by 2030.