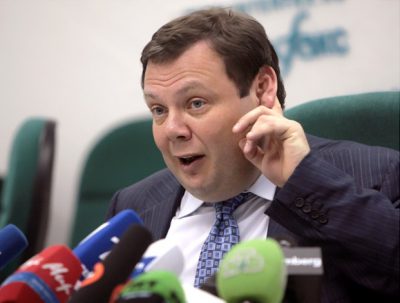 LONDON, March 3, 2015 – Russian oligarch Mikhail Fridman has threatened to sue the UK government, which reiterated its opposition to the $5-billion sale of RWE Dea to his investment vehicle, LetterOne, completed on Monday.
RWE Dea, an oil and gas subsidiary of Germany’s RWE, has stakes in close to 200 oil and gasfields across 14 countries, including 13 assets in the North Sea. The government now says it will force Fridman to unload the North Sea fields of the new acquisition to a third party.
UK energy secretary Edward Davey has spearheaded the row, concerned about a possible impact on the North Sea assets should Ukraine-related sanctions against Russia tighten. Should that happen, it would be difficult for the Russian owner to operate or invest in the 13 fields, 12 of which are producing. RWE Dea is the operator of five.
Fridman’s LetterOne group said it was “deeply disappointed” with Davey’s standpoint, describing it as “not rational” in a letter from its chief executive Jonathan Muir.
On the same day, former BP chief executive John Browne took over as executive chairman of L1 Energy, a new $10-billion oil and gas investment fund backed by Fridman, with RWE Dea proposed to form the foundation of its global energy business.