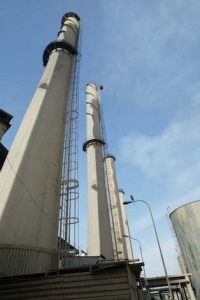 Gas to flow from Iran to Iraq in May

BAGHDAD, March 3, 2015 – On Monday, Iran’s Petro Energy Information Network announced that a pipeline to export natural gas from Iran to Iraq could become operational in May 2015.

The pipeline will bring an initial 4 mcm of gas per day to three power generation plants in Baghdad and Diyala, eventually rising to 35 mcm per day.

The original export agreement was signed in September 2013, but was delayed mainly owing to instability in Iraq caused by Islamic State militants.

The Petro Energy Information Network quoted Alireza Kameli, head of the National Iranian Gas Exports Company as saying, “In case security is established in Iraq, Iran’s gas exports to Baghdad are projected to start in May.”

In a separate deal, expected to be signed in late March, Tehran will export gas to southern Iraq. About 5 mcm per day of gas will flow into the city of Basra, increasing to 30 mcm per day by 2022.

Russia and Ukraine agree to gas talks
Next