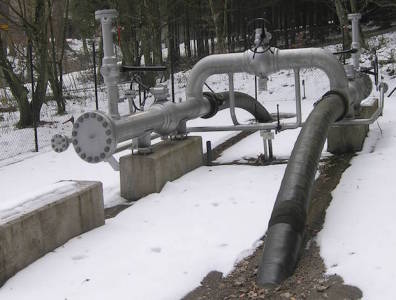 BRUSSELS, March 3, 2015 – On Monday, officials from the energy ministries of Russia and Ukraine said they would discuss a “summer package” of gas supplies for Ukraine later in March. At EU-mediated discussions in Brussels, officials from Ukraine were promised that they would not have to pay for any gas delivered to areas under rebel control.

“We agreed to discuss supplies during the summer [and] issues related to gas injection into underground storages at the end of March,” said Russian Energy Minister Alexander Novak at the talks in Brussels.

A disagreement between Ukrainian state gas company Naftogaz and its main supplier, Russian company Gazprom, had caused concerns that supplies to Ukraine and the EU were in danger. The issue of who will pay for gas delivered by Gazprom to regions held by rebels has not been resolved. Both parties have reassured EU mediators that gas supplies are not in jeopardy.

RWE deal to go through
Next

Gas to flow from Iran to Iraq in May