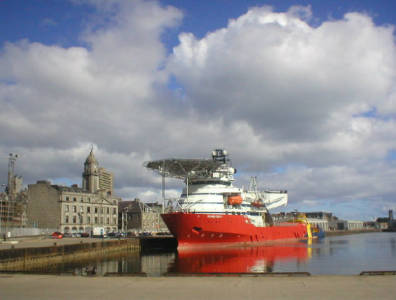 ABERDEEN, January 28, 2016 – The British and Scottish governments have agreed to inject £250 million into the city of Aberdeen to support the hydrocarbons-dependent economy in light of massive downsizing of the industry, the political bodies announced today.

The Aberdeen UK City Deal will fund the expansion of Aberdeen harbour, which is integral in allowing local companies to bid for work in the hydrocarbons decommissioning sector. The sector is estimated to be worth £45 billion by 2040. Funds will also go towards a new energy innovation centre and to support North Sea offshore operations.

Almost 10,000 jobs have been axed in the UK’s oil and gas industry since oil prices fell in mid-2014, according to economic development agency Scottish Enterprise.

The investment follows British Chancellor of the Exchequer George Osborn announcing in March that £1.3 billion would be spent on reforms on the UK Continental Shelf, including tax cuts, as well as £20 million for seismic surveying in the upstream sector.

For more news and features on the hydrocarbons industry in the UK, click here.