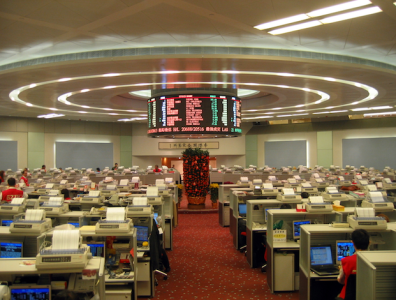 ISTANBUL, April 22, 2017 – The disappointing Q1 results of Schlumberger, Woodside and Saipem topped the news in the past week, while exciting speculation about China preparing a consortium to participate in Aramco’s IPO next year and Oman Oil Company looking to follow in the steps of the Saudi giant with an IPO of its own kept pundits busy.

On Monday, EagleClaw Midstream Ventures agreed to be bought by Blackstone Energy Partners in a USD 2-billion deal that is expected to close early in Q3 2017. The same day, news broke that Iran had brought five phases of the super-giant South Pars gasfield on stream on Sunday, adding more than 150 mcm (5.3 bcf) per day to the nation’s gas output capacity.

On Tuesday, China reported a 50.5% year-on-year increase in shale gas production in March as OPEC ministers continued to wrangle about the possible 6-month extension of the crude output curbs negotiated last year. UAE Minister of Energy Suhail Mohamed Faraj Al Mazrouei said co-operation should be the way forward, while Iranian Minister of Petroleum Bijan Namdar Zangeneh was quoted by ministry news portal Shana as saying that Iran’s backing of an extension of the agreement would be contingent on OPEC and non-OPEC producers backing the plan unanimously.

On Wednesday, news broke that Chevron had reached an agreement with Parkland Fuel Corporation on the sale of Canadian assets, including the 57,000-bpd Burnaby refinery in British Colombia. The deal, valued at USD 1.1 billion, came mere days after reports surfaced that Chevron was mulling to offload its 20% non-operated working interest in Alberta’s Athabasca Oil Sands Project.

That same day, reports surfaced that China is assembling a consortium of state oil firms and banks to participate in Saudi Aramco’s upcoming IPO with an eye on securing long-term supplies. Several anonymous sources told Reuters that the country’s USD 800-billion sovereign wealth fund, oil giants Sinopec and PetroChina, as well as unnamed state-owned banks were on board for the consortium.

On Thursday, it emerged that the Oman Oil Company, too, was laying the groundworks for an initial public offering and was considering the sale of assets, with the exception of shares in Petroleum Development Oman. Meanwhile Woodside Petroleum posted its financial results for the first quarter of the year on Thursday, revealing a 10% drop in hydrocarbons output. First-quarter revenue came out at USD 895 million, USD 87 million less than during the same period in 2016 and far below analysts’ expectations. Royal Bank of Canada had projected quarterly revenue to come out at USD 996 million.

On Friday, Chevron was slapped with a USD 260-million tax bill by an Australian court. Meanwhile Schlumberger posted a 3% sequential drop in revenue to USD 6.894 billion in Q1 while Italy’s Saipem posted a 20% fall in year-on-year revenues and a 23% fall in profits.