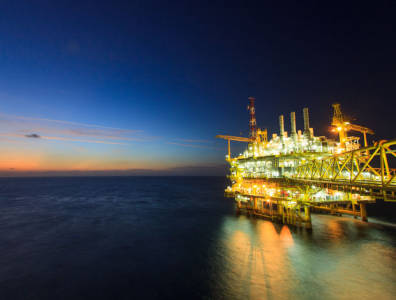 ABU DHABI, February 17, 2017 – TOGY’s coverage of this week’s oil and gas developments was highlighted by the global industry’s response to OPEC’s mandate to cut oil production. Contracts handed out in India’s latest bidding round were also published, giving the industry insight on the energy-hungry nation’s push for domestic production. Additionally, several legal arbitrations were moved forward between major players and governments in Kurdistan Region of Iraq, Malaysia and Nigeria.

On Monday, OPEC released a report that predicts robust growth in oil demand over 2017. “World oil demand in 2016 continued its healthy performance for the second year, with growth set to be above 1.3 million bopd,” it said. “In 2017, oil demand growth is assumed to remain healthy with potential growth estimated at 1.2 million bopd, well above the 10-year average of 1.0 million bopd.”
According to the report, OPEC members’ oil production went down 1 million bopd to 32.1 million bopd in January, with a remarkable 90% compliance rate. This is the highest level of compliance in OPEC’s history, leading to increased investor confidence in the organisation. The drop in output follows the organisation mandating a cut to production of 1.8 million bopd in November 2016.
Iraq, OPEC’s second-biggest supplier, is set to see oil output decline significantly in March, international media reported on Monday. It is unclear whether this is the result of unforeseen circumstances or a direct push to meet the country’s obligations under the production cut agreement.
Despite OPEC’s Monday confirmation that it had succeeded in reducing production, oil prices dipped again on Wednesday. Brent closed 0.63% and WTI 0.73% lower than the previous close, at USD 55.62 and USD 52.83 per barrel, respectively.
Oil prices went down again slightly on Friday, remaining volatile despite OPEC’s bullish report earlier this week, with Brent futures down half a percent at USD 55.31 a barrel in early afternoon trade. Rising stocks and upward trends in US shale production are among the factors weighing most heavily on investors’ mind, experts say. Some have long predicted “a cat-and-mouse game” of brinkmanship this year between OPEC and US shale producers.

India’s Directorate General of Hydrocarbons announced on Wednesday the final results of last year’s discovered small field (DSF) bid round, the first auction in the country since 2010. Out of a total of 134 bids received for 34 contract areas, 31 contracts were awarded to four Indian public sector companies, 17 private firms and a foreign player, the South Asia Consultancy.
Peak cumulative production from the awarded areas is projected at 15,000 bopd of oil and 2 mcm (70.6 mcf) per day of gas, while a total of 455 million boe of resources is expected to be recovered from the areas. Gross revenue is estimated at some INR 464 billion (USD 6.93 billion), of which some INR 50 billion (USD 746 million) and INR 93 billion (USD 1.39 billion) is expected to enter the government coffers as royalty and revenue, respectively.

In Malaysia, MISC has won its arbitration hearing against Shell over its Gumusut-Kakap semi-submersible platform, leaving the super-major forced to pay USD 255 million. The claim was filed by MISC subsidiary Gumusut-Kakap Semi-Floating Production System for outstanding day rates, payment for completed variation works and associated costs.
In other legal news, Dana Gas won a USD 121-million suit against the Kurdistan Regional Government (KRG), the independent UAE-based company announced on Tuesday. The settlement concerns natural gas and oil extracted by the company on behalf of the KRG between June 30, 2015 and March 31, 2016. The ruling was handed down by the London International Court of Arbitration. A previous caste confirmed the terms of the contract between the company and the government.
On Wednesday, super-major Shell said it had received an indictment request regarding the sale of Nigeria’s offshore block OPL 245. Filed by a tribunal in Milan, the indictment details corruption charges against Shell and Italian major Eni over the purchase of the block in 2011. OPL 245 contains an estimated 9 billion barrels of oil.

President Trump took his first step towards fulfilling his campaign promise to dramatically cut US business regulations on Tuesday, repealing an Obama-era rule that forced energy and mining companies to disclose payments made abroad. “This is one of many,” Trump told journalists as he signed the bill passed by Congress. “We have many more left. And we’re bringing back jobs big league.”

Saudi Aramco has entered into an agreement with China’s North Huajin Chemical Industries Group, sources revealed on Monday. The terms of the contract stipulate that Saudi Aramco will provide Huajin with Arab Extra Light crude oil, which is destined for use in the production of both naphtha and other petrochemicals. The 2017 contract for the supply of crude oil is part of an attempt by Saudi Arabia to regain its position as China’s top crude oil supplier.