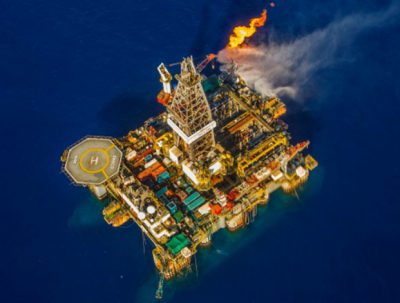 DUBAI, February 3, 2017 – TOGY’s oil and gas coverage of the past week was dominated by Iran’s downstream news and reporting on Indonesia’s Pertamina. There were also a number of Q4 and full-year 2016 financial results announcements, including from Shell and ConocoPhillips.

On Monday, Lukoil said it hopes to conclude negotiations with National Iranian Oil Company on the Abe Timur and Mansuri oilfield development projects in the first half of 2017. It was followed by a string of stories coming from the Iranian market.

Iran’s minister of petroleum was quoted on Tuesday as saying that US companies “face no ban” on entering the Iranian oil industry. His comments appeared to be the first from an Iranian official on how US President Donald Trump’s recent entry ban for most Iranian citizens would affect US-Iranian oil co-operation.

That same day, the official in question, Abbas Kazemi, said major refinery contracts with Japanese, Chinese and South Korean investors were imminent. Kazemi referred to an unspecified “massive refinery project” worth USD 3.6 billion. The second deal mentioned involves South Korea’s Daelim, which will take part in a USD 2-billion project to improve facilities at the Isfahan refinery. A third deal is China’s USD 3-billion agreement for works to develop and optimise the Abadan refinery.

With a large-scale methanol project under way at its Chabahar port, Iran is also planning its first methanol-to-olefins plant in the same location. The Badr-e-Shargh Petrochemical Complex will be part of the Mokran Petrochemical Complex at Chabahar, where a 1.65-million-tpy methanol complex is slated for completion by September 2019.

Effective February 1, Indonesia’s Pertamina will be the controlling shareholder of Maurel et Prom, having successfully bid on a 39.9% stake. Announced late last week, Pertamina now holds 64.46% of the French oil company’s shares. In August 2016, the Indonesians made their first move by acquiring a 24.5% stake.

Pertamina last week also decided not to co-operate with Saudi Aramco on the upgrade of the Balongan refinery in an effort to speed up the work. Pertamina CEO Dwi Soetjipto and Deputy President Director Ahmad Bambang were unexpectedly removed from their positions on Friday in a company shake-up.

Earlier in the week, Eni declared that tests of Merakes 2, its first appraisal well on the Merakes block in East Sepinggan, Indonesia, had been successful. The Merakes PSC, which is jointly owned by the Italian major with 85% interest and Pertamina with a 15% stake, is estimated to hold some 56.6 bcm (2 tcf) of gas, with potential for further discoveries.

Oman on the move

There was a flurry of activity in Oman as well. The BP-operated Khazzan tight gas project is expected to produce first gas by Q4, Omani officials told local media last weekend. Block 61 in central Oman is home to the Khazzan and Makarem gasfields and contains some 2.83 tcm (100 tcf) of gas. It is co-owned by BP (60%) and the state-owned Oman Oil Company (40%), which plan to drill more than 300 wells there.

On Tuesday, Oman Oil Company Exploration and Production (OOCEP) signed an exploration and production-sharing agreement with the country’s Ministry of Oil and Gas.

The upstream arm of Oman Oil Company, OOCEP, will soon begin exploration work across the 2,995-square-kilometre block 48, starting with the reprocessing of old seismic data.

Shell released its Q4 and full-year 2016 results on Thursday. On a full-year basis, the company posted earnings of USD 3.5 billion, down 8% year-on-year. Earnings over the last three months of 2016 on a current cost of supplies earnings attributable to shareholders basis came out at USD 1.03 billion, down 44% from the USD 1.84 billion recorded over the same period in 2015.

ExxonMobil announced on Tuesday that it had booked a USD 2-billion impairment charge in Q4 2016, driving down earnings. In its estimated 2016 earnings release, ExxonMobil said profit for the quarter was USD 1.7 billion, down some 40% from the previous year’s quarter. Without the charge, earnings would have been some 32% higher than in the same period in 2015.

Weatherford International also released its quarterly and annual earnings report on Wednesday, showing USD 549 million loss on revenue of USD 1.41 billion for the final quarter of 2016. For the year as a whole, Weatherford posted a loss of USD 3.39 billion. Total revenue for the year amounted to USD 5.75 billion.

Shell announced further details of its North Sea assets sale to London-based independent Chrysaor on Tuesday. In a deal worth as much USD 3.8 billion, Shell will sell its shares in the Beryl, Bressay, Buzzard, Elgin-Franklin, Erskine, Everest, Greater Armada cluster, J-Block and Lomond assets. The Anglo-Dutch major will also shed its 10% stake in Schiehallion.

The week closed with a report on Eni’s FPSO destined for Ghana. On Friday, the company announced that it had named its brand new unit, set to depart for the Offshore Cape Three Points project shortly, after the country’s former president, John Agyekum Kufuor. The vessel, with an oil-processing capacity of 58,000 bpd and a natural gas treatment capacity of 5.95 mcm (210 mcf) per day, is set to arrive at its destination in April.