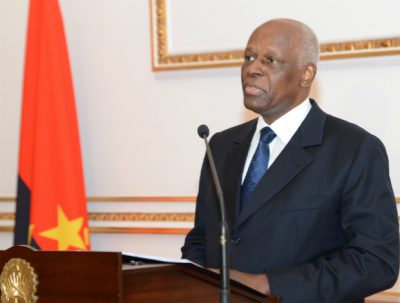 Angola’s president to give up power

LUANDA, February 3, 2017 – Angolan President José Eduardo dos Santos said on Friday that he will not run in the next election scheduled for August, effectively stepping down after 37 years in power.

His defence minister, João Manuel Gonçalves Lourenço, a loyalist, is to run in his place as the candidate of the ruling MPLA (People’s Movement for the Liberation of Angola), which faces no serious opposition.

Sonangol under Isabel dos Santos is scheduled to undergo major reforms and to soon be split into three separate units. The company announced in December that it would not be paying dividends for 2016 due to a sharp drop of revenue last year.

President Dos Santos, who ruled Angola during decades of civil war that ended in 2002, is the second-longest serving leader in Africa after Teodoro Obiang Nguema of Equatorial Guinea.