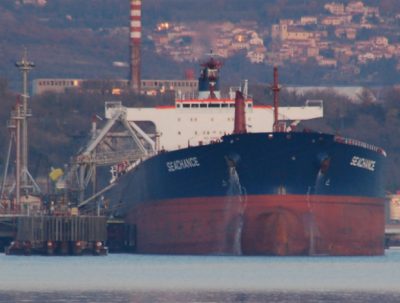 NEW YORK, May 5, 2016 – The state of emergency in Alberta’s oil sands region, where wildfires have necessitated the mandatory evacuation of Fort McMurray, as well as tensions in crisis-stricken Libya pushed oil prices past the USD 45 mark early on Thursday.

As of Thursday, the raging fires had consumed some 1,600 structures in Fort McMurray. While producing some 100 km north of the city, Shell had nonetheless temporarily halted its Albian Sands mining operations at the time of writing. Late on Wednesday, China National Offshore Oil Corporation subsidiary Nexen said it was initiating the shutdown of its Long Lake site south of Fort McMurray as a precaution.

Brent crude futures reached USD 45.81 per barrel in the early hours on Thursday. WTI futures were up too, reaching USD 45.23. Canadian Prime Minister Justin Trudeau, pointing to climate change as one of the root causes of increasingly frequent extreme weather conditions, on Wednesday labelled the damage done as “absolutely devastating.”

Tensions in Libya between the country’s rivalling political factions spilled over into the oil and gas industry on Wednesday, as the Seachance vessel was prevented from loading its Glencore cargo at Masra el Hariga port. Libyan oil production is estimated to have dropped below 400,000 bopd, down from 1.6 million bopd in 2011.