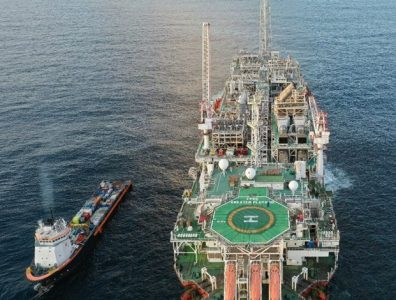 LUANDA, December 5, 2022 – Yinson Holdings has signed an agreement for the provision of an FPSO for the Agogo Integrated West Hub Development in Angola, the Malaysian FPSO contractor announced on Monday.

The agreement for preliminary activities was signed with Azule Energy and includes maintenance and operations of the asset. The deal covers 60 days and is worth around USD 218 million.

The project is located on Block 15/06 and currently produces around 20,000 bopd.

The first phase of the development came on line in 2019 and is tied back to Eni’s West Hub FPSO.

Azule Energy is a 50:50 joint venture between BP and Eni.