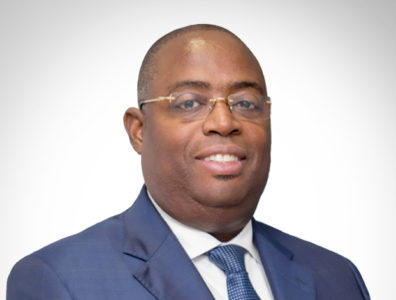 Angola is a land of opportunity. There is a tremendous young workforce available. The oil resources are vast and the industry itself is robust.

Bráulio DE BRITO Chairman of the Board AECIPA

Bráulio de Brito, chairman of the board of the Association of Service Providers of the Angolan Oil & Gas Industry (AECIPA), talks to The Energy Year about why the recently approved local content legal framework is poised to lower costs and the remaining challenges in attracting FDI into the country. AECIPA is the leading association for oil and gas contractors in Angola.

This interview is featured in The Energy Angola 2021.

What are AECIPA’s key areas of focus for 2021?
AECIPA wants to continue to be the main stakeholder for the Angolan oil and gas service sector and as such, we feel that we are strong, as influential as ever and an important player within the whole oil and gas industry. AECIPA is and has been at the centre of mitigation of all common issues, as far as the service sector is concerned.
In 2020, AECIPA organised, as part of its drive to promote the role and importance of the service sector, the 2020 Angola Oil and Gas Service and Technology Conference (AOTC), an unprecedented conference where we’re able to bring together all the major stakeholders in the Angolan oil and gas industry, government dignitaries (national and international) and of course, representatives of the major oil and gas service companies operating in Angola.
Going forward, we are now planning to organise the next AOTC as a face-to-face conference here in Angola, if the health and safety pandemic situation allows us to do so. We will also continue with a series of webinars and the online interchange of information with our members locally and internationally.

What are the key aspects of the recently approved local content legal framework?
I think it’s important to notice a relevant change of paradigm from the Angolan government. In the past, there was a requirement for companies that wanted to enter the Angolan business environment to set up joint ventures with local partners, which generally led to these companies wanting to work with people with high-level contacts and influence. This obviously created a very grey area as far as business integrity and compliance were concerned.
On the other hand, this new decree gives focus to what the companies can bring, regardless of who their local partner is; it promotes or emphasises those businesses that are already in Angola and leads to support for companies that are willing to invest in-country and purchase goods in-country and also, very importantly, are willing to develop Angolans.
This is a big change and it’s our belief that it will help empower local companies. If there is a local business that can satisfy the requirements for the oil and gas industry, there is no reason to bring in a foreign company to do the same job.
So, it’s not just about numbers; it’s also about efficiency, which is a very strong requirement within the industry. Ultimately, a strong Angolan business environment will also create circulation of the always-needed cashflow in the country.

What effect could this have on the economic feasibility of oil production in Angola?
This will not have an effect on the oil production as such. What the new law does is promote and empower local businesses by providing them with a platform to be more competitive and be an integral part of the oil and gas value chain. The result is that we’ll have more Angolan companies supporting other sectors of the Angolan economy.
Angola is a land of opportunity. There is a tremendous young workforce available. The oil resources are vast and the industry itself is robust. It’s only 30-40 years old, so there’s still a lot of work to do. Companies have been recruiting and developing Angolans, but there is still room for lots of improvement.

How did AECIPA contribute to co-ordinating sectorial efforts during the pandemic?
During the pandemic, we were part of the managing committee that the government put in place to ensure that operations and oil and gas production went on uninterrupted. AECIPA played a crucial role as a gatekeeper to ensure that personnel associated with the oil and gas industry were kept safe and could be moved or enter the country and the operational areas with the utmost health and safety procedures and protocols without compromising the lives and health integrity of others.
Thus, we worked tirelessly with ACEPA (our operators counterparts), the Ministry of Health and the Ministry of Mineral Resources and Petroleum in ensuring that there was minimal disruption to the operations and that there was no compromise in the health and safety of all our employees. And I’m very proud to say that we, as an industry, did very well! We were very successful in our mission and in the goals we set ourselves for this very difficult period.

How did the domestic energy value chain leverage the difficult 2020 environment to embrace new efficiencies and adopt new technologies?
Covid-19 brought about changes in technology utilisation, employment requirements, people movement, time management, etc. This rather challenging time in reality gave everyone a new vision or perspective on how we can look into running our businesses in a more efficient manner.
Thus, I think we are all still learning and capturing the lessons that Covid has taught/is teaching us. As we move forward, I’m certain that we’re going to see many more changes in the way technology is utilised or adopted, how much investment is budgeted by everyone, as ways to improve efficiency and dividends.

How do you assess the ability of the domestic oil industry to confront declining production?
Declining production is mitigated by increased engineering and exploration work, all combined with the financial capacity of the operators (associated with the oil price and other global factors) and/or the financial attractiveness (projected returns) of the producing fields. Thus, as we know, Angola still has vast reserves and in the current economic scenario, I think it is valid to believe that our industry will be able to arrest the current decline.

How has the National Oil, Gas and Biofuels Agency (ANPG) performed in its first year of existence?
The agency’s performance has been great. It’s been very challenging to evolve from the previous setup to a standalone organisation. It’s a different way of doing business. We see more engagement with the industry, which is very comforting for the industry, particularly to the service sector. There is still work to do, but they are on the right path and doing the right things. They are slowly but surely fulfilling their role of being the national concessionaire.

What should be the next steps in the relaxation of foreign currency exchange regulations?
The Angolan Central Bank (BNA) has taken many very strong and powerful steps towards regulating the exchange rate. We all can see that it has been considerably stable (given the previous and recent history) and predictable, which is always a good thing for business. I believe that most of the main measures are now in place. Let’s then allow the market to adjust itself and continue to dictate its way forward in order for the country to reach financial stability from this perspective.

What are the remaining challenges in attracting FDI into the country?
The creation of AIPEX [the Angolan Agency for the Promotion of Private Investment and Exports] has been a big step for attracting FDI, although we don’t seem to see much of it in the oil and gas industry. There have been tremendous improvements in many bureaucratic processes and requirements that tended to hamper people’s willingness to come and invest in Angola. However, there are a few more steps that need to be taken and a few more areas that need attention and improvement.
Definitely, the Angolan government needs to look into the incentives, particularly those associated with the tax regime; investors need to see a clear incentive to invest in Angola. We have all the best resources and a very young and smart population. The seeds are here… we just need to make them grow!