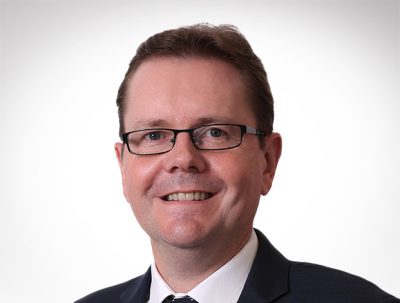 We are very excited about the probability of success in the Andaman area.

A pivotal time for PSCs in Indonesia

Gary Selbie, president of Premier Oil Indonesia, talks to TOGY about the changes needed to realise the country’s gas future, pressure on the regional LNG market and the latest progress in the company’s BIGP project. Premier Oil is an independent E&P company with interests in the North Sea, Southeast Asia, the Falkland Islands, Alaska and Latin America.

What obstacles must the government overcome to materialise the country’s gas future?
It is undeniable in this country that gas is the future. What’s more, if you look at our upcoming projects, they are all gas dominated. However, the domestic market continues to encounter challenges in terms of infrastructure, regulations and competitive gas prices.
To this end, there is an urgent need to improve infrastructure across the country as most of the large gas reserves tend to be far from major demand centres such as Jakarta or Surabaya. By contrast, they are found in the eastern and northern parts of Indonesia, where there is neither demand nor adequate infrastructure.
At the same time, the government needs to review and amend the regulatory framework of some aspects of the sector, particularly how much a pipeline operator can charge in terms of tariffs. In the past we have seen that the gas price being paid to the producer is not that high while the end price for users is quite high. This is due to the high tariffs imposed by pipeline operators, with midstream middleman owners who are making an unreasonable margin. These are important issues which the government has recognised and is currently attempting to resolve.
Lastly, there is a difference between agreeing to reasonable gas prices and actually maintaining them. Long-term contracts must be honoured and not renegotiated or revised mid-contract in order to guarantee competitive gas prices and to provide the certainty that foreign investors require. This leads into the discussion about the need for a sensible balance between competitive and attractive upstream gas prices and power that is affordable for the population.

How might the oversupply of LNG in the region affect the gas supply dynamics Premier Oil has with Singapore?
Our current gas production is sold to Singapore under long-term contracts, locked in until 2028. These are not under a fixed-price rate but are based on HSFO [high-sulphur fuel oil] prices, and typically fluctuate in the range of USD 8-10 per million Btu.
However, what is affecting us right now is the spot LNG price. The spot LNG market has been oversupplied during the last six months, which has forced spot LNG prices to go as low as USD 5. This means that when LNG is lower than our pipeline gas price, our demand is reduced as the buyer migrates towards LNG.
What’s more, this scenario is likely to continue for some time, due to various reasons. In the region, Japan is reactivating several of its nuclear power plants, which has displaced LNG imports. This means that they have over-contracted LNG and now they are selling it at a cheaper price. At the same time, China has access to pipeline gas from Russia, there is more LNG coming on the market from the US and major LNG projects are in the pipeline in the region. So we think that there will be pressure on the LNG market for some time to come.
This scenario may well have implications for us in terms of demand for our pipeline gas. Put bluntly, if spot LNG is cheaper than our gas, then our demand drops. It is true that our demand only fluctuates between the upper and lower contractual boundaries that we have established. Nonetheless, it is quite significant for us, in terms of revenue and cashflow.

What is the nature of the long-term gas sales agreements (GSAs) you have in place?
We have two GSAs. GSA 1 is a combined contract where three E&P companies are involved in the supply of gas to Singapore. We provide gas from Block A, Medco Energi has Block B and Star Energy has the Kakap block. This GSA was signed in 1999 for a duration of 30 years. We deliver gas to Singapore via a 650-kilometre pipeline called the West Natuna Transportation System (WNTS). GSA 2 was a supplemental later contract which is based purely on production from our Block A. We are the only company involved in this contract, which runs until 2028.

What factors are fuelling the doubts surrounding the application of gross-split PSCs?
It is a pivotal time for us in the oil and gas industry. We are seeing the first implementations of gross-split PSCs by IOCs. We have applied this new contract scheme to our Andaman II PSC, as one of the first international companies to do so. Nevertheless, there is still some uncertainty as to how exactly the mechanism will be applied. In this sense, we are in a sort of pilot stage to see how it works out. The government is still working to clarify how it will work in terms of taxation, manpower regulations, Customs etc. There are still several question marks.
Part of the uncertainty also revolves around the PoD [plan of development] stage. When one submits the PoD, the profit split is normally negotiated and agreed upon with the government. But this has not happened so far. So, until IOCs go through that full cycle, including the commercial discovery, corresponding submission of a PoD and terms negotiated, uncertainty will continue. Pertamina is already producing oil under the gross-split scheme and is being used as an example to some extent. But as the country’s NOC, Pertamina does not always operate under the same conditions, or have the same priorities, as the IOCs.
Thus, the intent behind the gross-split scheme is positive, but the devil is in the details and this is why not many major international companies have signed up for this new form of PSCs yet. They are effectively in a “watch and see” mode. As for us, it seems that we are leading the way, so we will see how it develops.

How strong is the drive for resource nationalisation in Indonesia?
There is a clear a drive to nationalise as much of the oil and gas reserves as possible, and there is nothing wrong with that. That happens in many countries around the world. However, it has to be done in a reasonable, logical and sustainable way.
Pertamina is the main player taking over all of the expiring contracts and blocks. There will come a point where they will struggle to absorb all of these assets, and we are already seeing signs of this. So, even if we have seen a clear push to nationalise resources over the past two to three years, the process may have reached a plateau, at least in the short to medium term.
In this sense, the recent agreement to extend the Corridor PSC with ConocoPhillips was seen as a positive sign for the whole industry. The transfer of this block to Pertamina could have been very negative for the future of IOC interest in Indonesia as an investment destination. The reality is that some of the foreign majors may be looking to exit Indonesia over the coming years as the competition for investment funds heats up globally. At the same time, this could represent an opportunity for medium-cap companies such as ourselves who are less risk-averse to the challenges in Indonesia than some of our larger competitors.

What progress and potential do you see in the BIGP project?
We have had superb progress this year on our BIGP project, which includes the Bison, Iguana, and Gajah Puteri gasfields in the Natuna Sea Block A. These mark the next generation of developments to support our long-term gas sales into Singapore. This year [in 2019], we have drilled and tested three subsea wells, one in each field. Recently they have been successfully hooked up and began production in November and December. All of these wells have met or exceeded our expectations in terms of reservoir quality and deliverability.
In total the three wells will produce around 80 mcf [2.27 mcm] of gas per day, plus liquids. The Gajah Puteri well for example is producing around 1,500 barrels of condensate per day.

What opportunities and challenges are found in the Tuna block?
The Tuna field lies almost 400 kilometres from the nearest gas pipeline in Indonesia, which is WNTS. However, what is interesting here is that it is only 90 kilometres away from the nearest tie-in point in Vietnam. This is why we have focused our gas commercialisation efforts on Vietnam, a move that both the Vietnamese and Indonesian governments have been very supportive of. We have had full support from PetroVietnam as the country is hungry for gas. The demand is there and it is not going to fade any time soon. We signed an MoU with Vietnamese authorities a couple of years ago which we have recently extended for another 12 months.
By contrast, the perceived geopolitical risk in this part of the Natuna Sea remains a constraint for our operations. These are based on Chinese territorial claims in that region, which have already affected some other oil and gas projects just over the border in Vietnam. We are unlikely to drill the required appraisal wells until we have secured a partner for this. We currently hold 80% of the equity and effectively “going solo” on Tuna is not considered prudent at this stage. The development itself would represent a significant investment so we would like to have a new partner to help us fund that and share the risks and rewards.
Moreover, our exploration period on the PSC expires in March 2020 and we will not be in a position to drill the required appraisal wells and submit a PoD by that time. We have therefore applied for an extension to the exploration period, whilst at the same time we are in advanced talks with a potential farm-in partner and hope to conclude a deal with them in the very near future.

What is the importance of Indonesia in Premier Oil’s global portfolio and what growth targets do you have for the near future?
Indonesia remains a significant part of our global production and further investment in this country is a firm part of Premier Oil’s long-term strategic plan. Our immediate growth goal is, firstly, to maximise value from Natuna Sea Block A.
As a mid-term objective, we aim to appraise and develop the Tuna discovery. Hopefully we are all pulling in the same direction in our efforts to extend the PSC and find a potential partner to carry out the appraisal drilling to then to move into the development phase. The gas demand in Vietnam is immediate and strong, so again, we are all on the same page, trying to make this happen during the next three to five years.
Lastly, we are currently working to develop the Andaman area. On this note, Mubadala Petroleum agreed to farm out a 20% stake each in the Andaman I and South Andaman offshore blocks to us this year. We are looking to be drilling our first well in this area in early 2021. We are very excited about the probability of success, based on the recent 3D-seismic survey.