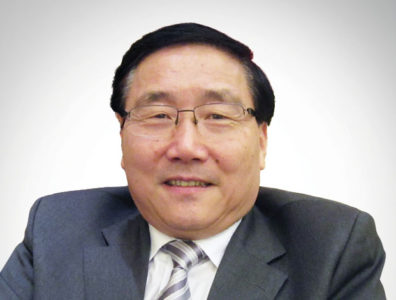 The One Belt and One Road initiative and Saudi Vision 2030 will usher in a bright future.

Li Huaxin, China’s ambassador to Saudi Arabia, talks to TOGY about diplomatic relations between the two countries, the strategic parallels between China’s One Belt, One Road initiative and Saudi’s Vision 2030.

On collaboration: “With the construction of One Belt and One Road and the joint promotion of Saudi Vision 2030, the two sides will collaborate extensively in the fields of infrastructure, manufacturing, economy and commerce, and financial investment.”

Most TOGY interviews are published exclusively on our business intelligence platform TOGYiN, but you can find the full interview with Li Huaxin below.

How important are oil and non-oil trade for the two countries?
For a long time, crude oil trade has been the ballast of the China-Saudi economic and commercial relationship. The bilateral co-operation goes far beyond crude oil trade, however, and includes the upstream and downstream sectors of the oil and gas industry, nuclear energy, renewable energy and other low-carbon energies.
The Chinese side also looks forward to the Saudi Aramco IPO and the successful and energising realisation of Saudi Vision 2030. With the construction of One Belt and One Road and the joint promotion of Saudi Vision 2030, the two sides will collaborate extensively in the fields of infrastructure, manufacturing, economy and commerce, and financial investment.

How strong are diplomatic relations between China and Saudi Arabia?
Since the establishment of the China-Saudi Arabia diplomatic relationship nearly 30 years ago, the bilateral relationship has achieved great progress. In January 2016, President Xi Jinping visited Saudi Arabia and promoted the bilateral relationship to comprehensive strategic partnership level. During the visit, the two leaders of China and Saudi Arabia unanimously decided to establish the Bilateral High-level Joint Committee.
At the end of August 2016, [then] Deputy Crown Prince His Royal Highness Mohammad bin Salman visited China and successfully held the first meeting of the committee. This greatly helped to promote co-operation in various fields and achieved fruitful results.
In March 2017, His Majesty King Salman visited China. During his visit, the two countries signed a series of agreements worth USD 65 billion. Under the joint effort of the leaders of our two countries, the strategic relationship between China and Saudi Arabia has been continuously improved. New achievements have been made in political, diplomatic, economic and commercial fields.

What do you hope to see for the future of Chinese-Saudi relations?
I have served as ambassador to Saudi Arabia for more than a year and have witnessed the continuous improvement of China-Saudi relations. I am confident in the prospect of further co-operation between our two countries.
I will make every effort to push forward for more extensive co-operation in the fields of politics, economy, trade, investment, energy, science and technology, and the humanities. This will help deepen the friendship between China and Saudi Arabia and provide a larger contribution to the people of our two countries.

For more information on Chinese-Saudi relations, see our business intelligence platform, TOGYiN.
TOGYiN features profiles on companies and institutions active in Saudi Arabia’s oil and gas industry, and provides access to all our coverage and content, including our interviews with key players and industry leaders.
TOGY’s teams enjoy unparalleled boardroom access in 35 markets worldwide. TOGYiN members benefit from full access to that network, where they can directly connect with thousands of their peers.