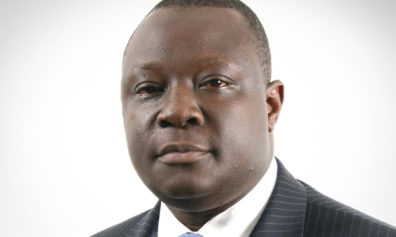 A prolonged crash of the oil price may force the industry to finally diversify.

A push for diversification

Femi Abegunde, deputy chairman of Deloitte in Africa and head of energy and resources for Deloitte in West Africa, talks to The Energy Year about how the public and private sectors have dealt with the fall of oil prices. Deloitte West Africa provides audit, consulting, financial advisory, risk management and tax advisory services.

How has the government responded to low oil prices and the drop in demand?
Low oil prices came into being initially because of the tension between Russia and Saudi Arabia. However, as the issue between these two giants was resolved, the Covid-19 pandemic put countries into lockdown. This unfortunately led to even lower oil prices due to very low demand.
The situation was so bad in Nigeria that we had a glut of supply as FPSOs and tanks became full, with nowhere to push crude to. April and May in particular were difficult for industry cashflow as prices dropped to around USD 20 per barrel. The Nigerian government was said to have even offered some of its crude for as low as USD 11 per barrel to encourage evacuation and avoid shutdowns in the producing fields.
I am aware that the government also sent a letter to operators to cut costs by up to 40% as a way to stem the erosion of value which the unexpected situation has brought. Operators have aggressively embarked on cost cutting but may not get as deep as 40% in practical reality.
Put together, I will say the government responded well, particularly as they have also now followed the directives of OPEC+ to cut production in order to improve the oil price.

How have local companies dealt with the sudden drop in revenue?
The industry has responded by cutting projects and reducing headcounts and overhead. Some clients aggressively reduced staff. Businesses that once occupied two floors of office space now occupy one. Some of our clients have started sending lowered quotes for existing contracts. Others that use foreign companies for services and pay in foreign currency are now trying to use local companies and pay in naira. There is going to be a tightening of available USD forthwith.
Some people have mooted that this may lead to mergers in the industry, but I don’t think so. Regarding mergers and acquisitions, indigenous players do not have the mindset for this.
Many marginal field operators are thinking about converting crude into refined products by building modular refineries near operation sites. These products can be sold locally, which saves a lot of headache. There are already two to three refineries producing refined products this way. Some of their products are even sold upfront before production.

Will this crisis lead to a diversification of energy sources in Nigeria?
I am not very encouraged by what I have seen in the last few years. Anytime the price of oil drops and revenues are threatened, the industry starts talking about diversification and alternative energies. However, when oil prices jump, they tend to forget about it. However, a prolonged crash of the oil price may force the industry to finally diversify.

Will this current fall in oil prices have negative effects on Nigeria’s larger economy?
Definitely – not only in Nigeria but in so many countries of the world. However, I must say the Nigerian economy is resilient. This is not the first time oil prices have dropped. Things will stabilise. We hope to see more oil demand as countries reopen their economies.