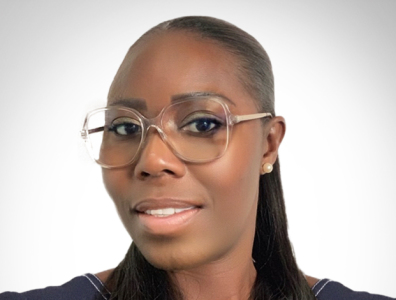 It’s important not to leave your clients behind. You should strategically see what their challenges are and how you can step in.

A strategy of staying connected

What initiatives have you seen from the government to boost the economy?
Regarding the stimulus package, I don’t think many companies in my sector are going to benefit from that. We have not been a part of any dialogue on it and discussions around the stimulus package for the private sector have been focused on the informal sector, including hairdressers, plumbers, small barbershops, bakeries, etc. Depending on who you speak to, this sector represents 70-90% of the economy.
The government has put in place a stimulus package for the private sector, the bulk of which is expected to go to the informal sector, which represents almost 75% of the economy. According to the executive director for the National Board for Small Scale Industries (NBSSI), Kosi Yankey-Ayeh, GHC 600 million [USD 104 million] has been assigned to small-scale industries.
Another government initiative was to cancel the water bills for everyone in the country for three months, from May to July 2020. For electricity, the low-end users’ bills have been cancelled, and for people with a certain usage there is a 50% reduction in bills.

What elements are key to business continuity in the Covid-19 era?
For now, it is not about aggressively pursuing any strategy set for the year or plans; it is about surviving. One of the biggest ways to achieve this is effective cost management.
Efficient and effective use of technology will be a very big factor. Technology has been working very well for us so far in these efforts.
On another note, it’s important not to leave your clients behind. You should strategically see what their challenges are and how you can step in. This connection goes for staff as well. When you are not in the office, it is a whole different ballgame. As soon as we started remote working, I worked closely with our HR team to tailor some questions for our staff to understand what some of their challenges were or what we could do better regarding remote working.

Has it been a challenge for field personnel to follow all the latest safety measures?
For me, the most important thing was that they are observant of all the social distancing and sanitising protocols. Takoradi was not under lockdown, but even for those who had active terminals working, they needed to start thinking outside of the box.
At the end of 2018, the NPA instituted the Electronic Document and Records Management System (EDRMS). Once Covid-19 kicked in, I really began to appreciate how well this system works. You don’t need to be in office for an OMC [oil marketing company] to physically bring you an order. That has to be done in the system. This was being practiced and worked out for almost a year before the pandemic started. It has made business quite seamless and it is one of the areas where I think technology has served us very well.

Do you see any new bunkering practices emerging from this crisis going forward?
We know that this situation is not going to last forever, but we also know the implications it has had for tankage. Once this corrects itself, demand for storage is also going to drop. If you have storage or the ability to bring up storage within the current period (up to the early June 2020 timeframe), that is what is going to make you win as opposed to starting something now which would be completed in a year’s time. By that time, the surge in demand will likely have passed.
In one case, we had enormous pressure from an international supplier to complete a tank so that by June they could store fuel in it – whether gasoline or gas oil – as prices were so low. But unfortunately we could not put it up in that timeframe since it was still a work in progress and the restrictions on movement also impacted construction timelines. Now we are hoping that within the next four weeks we will have at least one of the big tanks fully ready to receive fuel.

How confident are you in the country’s recovery going forward?
The government and the country have done a lot of things right so far and I think the government stepped in at the right time to take the necessary precautions. For example, closing the borders at a very early stage was important to stop the importation of the virus and hence limit its spread. In Ghana, the awareness was developed very early, so people made the effort to put measures in place.
In addition, Bank of Ghana put in place stringent measures at the very beginning, asking banks to cut the lending rates and review existing loans on a case-by-case basis
This period has worked out in favour of the industrial sector of Ghana, as we have been manufacturing essentials such as masks and sanitisers, as an example. All in all, I think the economy was already robust and once this is over, we will come back quickly.