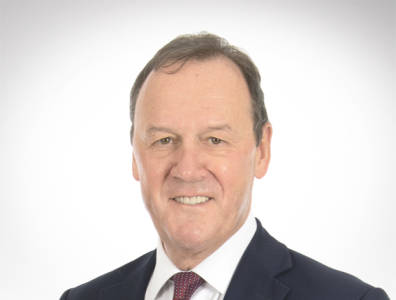 A transformative project in Mozambique

Steve Wilson, vice-president and corporate officer at Anadarko, talks to TOGY about progress on the Mozambique LNG project, the legal framework in the country and the impact of infrastructure on project development. Anadarko operates Mozambique LNG with a 26.5% working interest.

This interview is featured in The Energy Year Mozambique 2019.

What are the main projects in which Anadarko is involved in Mozambique?
Anadarko operates Mozambique LNG’s offshore Area 1 in the north of Mozambique on behalf of the other participating companies: ENH (the national oil company of Mozambique), Mitsui, OVL [ONGC Videsh], PTTEP [PTT Exploration & Production], Bharat and Oil India.
In 2007, we established an office in Maputo. In 2008, we completed a 3D-seismic survey, and based on these results, in 2009 we then began drilling.
In 2011, after several successful natural gas discoveries, which ranked among the largest in the world, we began pre-development work for an LNG project, including social and environment studies, site selection and characterisation, pre-FEED and then FEED work.
We made significant progress last year and are now well on the way to the final investment decision (FID), expected during the first half of this year.

What is the significance of the discovery of gas in the Rovuma Basin’s Area 1 to ensure Mozambique’s energy security in the long term?
The Anadarko-led Mozambique LNG project has discovered massive natural gas deposits, estimated to hold approximately 75 tcf [2.12 tcm] of recoverable resources in numerous fields, with offshore Area 1 containing some of the most significant discoveries in recent years.
The advancement of the Mozambique LNG project is expected to promote the growth of local industries through a domestic gas component of the initial project and follow-on expansions. It is our belief that while these will bring success for Anadarko and Area 1 participants, they will also bring prosperity for the country, the nation’s population and future generations of Mozambicans.

What are the main opportunities that this field presents, as well as operational challenges and risks involved in developing this type of field?
The natural gasfields discovered in the Rovuma Basin are exceptional with regards to their lateral extent, thickness, volume and well deliverability. They are located close to shore, approximately 40 kilometres away, which negates the need for installation of costly offshore processing platforms. We have designed a subsea gathering system, which will flow gas from the wells to the onshore liquefaction plant, so all gas processing will take place on dry land, which will greatly enhance the employment opportunities for Mozambicans.
A challenge we faced during the design phase was to ensure that sufficient power could be sent from shore to the subsea control systems, which was eventually addressed by using umbilicals. In a remote, deepwater gas development like Golfinho/Atum, it is critical to design a flexible and integrated system to provide risk mitigation and expansion capabilities.

What type of new technologies will be used and what is the significance of their implementation?
The LNG plant design, subsea gathering systems and well drilling and completions will all use proven technologies, which have been tried and tested and shown to be reliable over many years. However, newly developed drone technology has significantly improved the site surveying capability, which helped to optimise plant design.
New reservoir characterisation technologies, modelling and forecasting have been used to help reduce subsurface risks and to optimise the field development. In addition, the deployment of reliable high-temperature pressure gauges will be installed as an important aspect of reservoir surveillance.

What is the current status of the onshore LNG plant that has been developed by the CCS JV?
We are well positioned and expect to take a final investment decision on the project during the first half of this year. We currently have more than 5,000 workers on the ground, the majority of whom are Mozambican, working on over half a billion dollars’ worth of site preparation and improvement activities.
We started work on resettlement in November 2017 and we have made great progress, particularly on the construction of the resettlement village, and we plan to start the move-in process within the next couple of months.
We are also tripling the size of our construction camp to increase the number of beds from 400 to 1,150, which will be progressively available between March and July. Furthermore, to facilitate easier transport to and from the site, we are currently finalising 11-kilometre, two-lane highway to connect the Afungi site to Palma, and we are building an airstrip.
We expect the CCS JV to begin its work in earnest once we have taken FID and the EPC contract for onshore construction is awarded to them.

What is your assessment of the significance of the country’s infrastructure for the long-term development of the oil and gas industry?
Much of the infrastructure needed for LNG development and operations will be built and dedicated for the project, and it will be shared with the Area 4 LNG project, as 50-50 co-habitants of the DUAT [land use title]. In addition, infrastructure such as the roads and the Afungi airstrip will be available to support any other projects which may arise in the future. Anadarko is working diligently with Area 4, ENH, MTC [Ministry of Transport and Communications] and MITADER [Ministry of Land, Environment and Rural Development] to ensure the efficient development of the Afungi peninsula to support future project activity.

What are Anadarko’s initiatives to ensure knowledge transfer to the local workforce, as well as the development of local content?
In June of last year [2018], we launched a supplier registration system called Achilles, and we have been busy working on this. During recent months, more than 1,100 companies have signed up, with Mozambican-owned and Mozambican-registered companies comprising more than 70% of the total.
In August, a local content summit in Pemba was co-chaired with His Excellency President [Filipe Jacinto] Nyusi, and we communicated the process of sharing information relating to the jobs and contracting opportunities the project will bring.
In September and October, we followed up with several contracting workshops, hosted in various cities throughout the country. We used these workshops to openly share the nature of our project’s opportunities, and what companies would need to do to enhance their chances of success.
Then in November, a partnership between Anadarko and MIREME [Ministry of Mineral Resources and Energy], endorsed by the ministers for labour and for science, technology and higher education, travelled to 12 locations to deliver training to provincial government institutions on how to accept the registration of Mozambican candidates for skills verification of competency. The intent is that 21 locations in Mozambique will eventually accept registrations for skills testing at labour departments and professional training centres.
In early December, Anadarko announced a series of skills roadshows to support this commitment, with the ultimate aim of creating 5,000 Mozambican jobs during the construction phase of the project.
We recently launched an expression of interest, with the intention of awarding contracts to consultancy companies to provide access to an AMA1-funded programme for the attainment of standards certification. The desire is to increase the competitiveness of Mozambican businesses to participate in the project, and the first group of Mozambican companies should start benefiting from this initiative during the first quarter of this year.
And finally, an MoU is being finalised with IPEME [Institute for the Promotion of Small and Medium Enterprises] to make use of their existing business enterprise centres in Maputo and Pemba. The purpose is to increase both the capacity and capability of IPEME to meet oil and gas industry requirements, to help to provide support to Mozambican businesses. The IPEME centres will also be used for building skills and capability in local Mozambican businesses to help meet project requirements.
So as mentioned earlier, we have been doing a lot in this area. We expect contracts of about USD 2.5 billion to be awarded to Mozambican-owned or registered companies over the five-year construction period, which is more than one-third of total onshore contract spend. The bulk of the remaining capital will be invested in highly specialised technical equipment, which is not currently available in Mozambique.

What is your evaluation of the legal framework established by the Mozambican government to regulate the development of the oil and gas activities in the country?
The December 2014 Decree Law (No. 2/2014), established the legal and contractual framework for the Area 1 and Area 4 LNG projects in the Rovuma Basin. The project’s fiscal framework was established in the exploration and production concession contract, which was executed with the government back in December 2006.
The original legislation in force at the time of our discoveries had been drafted for anticipated oil development, rather than for the natural gas, which we discovered. Consequently, it did not contain either the terms or conditions necessary to be able to deliver a greenfield LNG project of this magnitude, particularly those terms required by both LNG project finance lenders and gas buyers.
Together with the commercial agreements Area 1 has already put in place with the government, we now have the legal and contractual framework necessary to allow us to launch the project.

What are Anadarko’s objectives for 2019 and the medium and long-term vision for the country and the region?
Our main objective for 2019 is to take an FID in the first half of this year to launch the project, while continuing to work on the pre-FID investment projects, which are facilitating an effective start of the project, reducing the risk of delay to our construction schedule.
We also need to complete the handover of the resettlement village to the government and start the move-in process sometime early in this year, ahead of FID.
We will also continue our social investment programmes, to help stimulate the development of the Cabo Delgado region, and we will work with the government to build capacity to allow the implementation of an efficient project support plan. This is intended to streamline the processing of permits, the issuing of workers’ visas and the timely Customs clearance of billions of dollars’ worth of equipment which need to be imported for construction of the LNG plant.
We expect that the local area of Palma, Cabo Delgado province and the country in general will experience a prolonged period of development as a result of our local content and other development initiatives. Over time, we anticipate that activity associated with the advancement of the LNG project will provide both a major source of employment for Mozambicans and significant income for the government.
And finally, our long-term vision for the country is to commercialise the Area 1 natural gas resources in a manner that is safe, cost effective, timely and protective of the environment, so these developments can have transformational benefits for the country, the good of the nation and future generations of Mozambicans.

What is the current status of the project’s financing?
We now have reached agreement on seven SPAs, totalling a volume of 9.5 million tonnes per year. That is sufficient for us to be able to pursue our targeted amount of debt, which is to finance about two-thirds of the project development costs. We launched the project financing in December 2018, and my understanding from our people involved in that is that there has been pretty good interest from the market, both from commercial banks and export credit agencies. Of course, we have had an ongoing discussion with them for long time. But my understanding is that we anticipate that that is going to go well. The USD 20 billion that will be invested in this project will be the largest investment ever in the whole African continent, which is quite exciting.