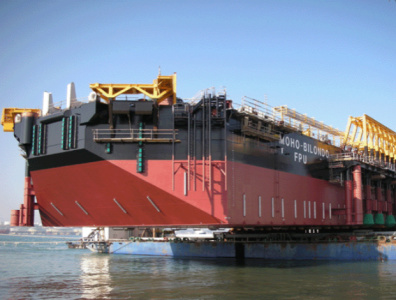 In the second quarter of 2014, Aker Solutions Congo, the local subsidiary of the Norwegian oilfield services company, started the delivery of 28 newly developed vertical subsea trees for a production system on the Moho-Bilondo field development project.

The subsea trees are equipped with wellhead systems, two installation and workover control systems and seven manifold structures, as well as subsea control and tie-in systems.

The units will be produced outside of Congo-Brazzaville. The subsea trees, workover systems and manifolds will be made in Norway, while the control systems and wellheads will be built in the UK.

Aker Solutions signed the $850-million contract with Total for the delivery of the subsea production system in 2013. For this project, Aker Solutions worked with Total to develop a new and more robust technology for well systems. The Moho Nord Project is divided into two phases, Moho Nord and Moho-Bilondo 1bis. Aker Solutions will participate in the two developments and run them as a single project.

“The country requires that we use local content in the fabrication of the infrastructure needed on the Moho Nord project. This entails a lot of training of the local workforce,” Trond Kostveit, country manager for Aker Solutions Congo, told TOGY.

In September 2013, the company recruited 16 Congolese nationals to work on the Moho Nord project and began a year-long training programme. The employees were sent to Norway for training and will be there until the end of 2014. These people will be the first local qualified subsea resources workers in Congo-Brazzaville.

“When the Congolese employees return, they can share their expertise at the yards in Congo-Brazzaville,” Kostveit said.

SETTLING DOWN: As part of the Moho Nord contract, Aker Solutions has also signed a 30-year maintenance agreement for the subsea system. The company plans to service this contract by establishing a local presence in the country. It will also make a commercial drive to work with other operators.

Aker Solutions Congo has plans to establish a base for itself in Congo-Brazzaville’s energy capital, Pointe-Noire. The company is already familiar with sub-Saharan Africa, as its parent company had also been working in countries such as Angola and Nigeria before winning the Moho Nord contract.