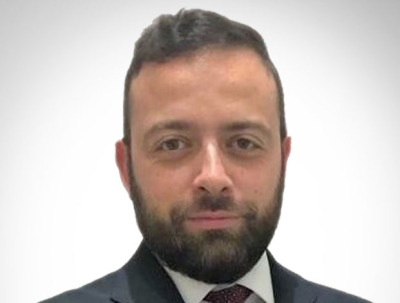 The legislation passed on marginal fields had an immediate effect as we started seeing new projects.

Angola on the right track

Tiago Dá Mesquita, CEO of Aon Angola, talks to The Energy Year about the impact of the Covid-19 crisis on the insurance sector and why investors looking at Angola should remain encouraged. Aon Angola is the local branch of multinational company Aon, a provider of risk management, insurance and reinsurance brokerage.

How has Covid-19 affected your business in Angola?
Angola’s resilience in general and specifically its business resilience have been quite good. Of course, we’ve seen a decrease in economic activity among our clientele. Most of our clients are not working at 100%, but to our surprise most of them are still operating and still communicating with us. The first few weeks were a bit complicated, also for us, as we had to adapt quickly and make changes in a short timeframe, but things have stabilised by now.
We had to speed up a lot of changes we have been preparing for, and fortunately our company was well prepared from a technology standpoint. We had to massify certain technologies and get everyone using them, whereas before only some people were used to them. From a risk management perspective, our clients are taking a prudent approach regarding investments and hiring. No one knows when and how this trend will stop.
Most of our clients have suspended hiring, with some exceptions specifically in the oil and gas industry. One of the offshore construction projects we were involved in has been postponed instead of cancelled. This is still a good indicator. The oil and gas industry has seen a lot of crisis, and this won’t be the last one. All in all, we don’t see clients taking irreversible measures, such as letting people go, but rather they are maintaining a certain level of activity in the hope that the crisis will eventually subside.
A very important objective which clients are communicating to us is controlling cost, especially when we talk about renegotiating renewals. Some clients are asking us for significant optimisation of their insurance costs.

Is this a time for the Aon group to look into new portfolios and services?
The insurance industry may or may not be at a crossroads right now. If you hypothetically considered how the industry would cope with the pandemic in terms of claims paid, you would instinctively say that most policies are protected against this type of event. They exclude pandemics. In practice, it has not been exactly that way because there are loopholes in the policy wordings and sometimes policy wordings simply haven’t predicted the current situation.
So, a question in the industry is whether or not insurers and reinsurers will be exposed to massive claims. I don’t think anyone has a definite answer right now. We will have an answer to that in a few months or even years. Other than that, many insurers and insurance brokers have been launching Covid-19-specific products, related mainly to healthcare. Also, some insurers are introducing pandemic-related exclusions in new policies and renewals. So, there is a degree of adaptation in the industry, which is good for clients and for the industry’s sustainability in the long term as well.

Will the slowdown in offshore activities take a toll on the insurance industry in Angola?
I think so, and the project I mentioned before which is being postponed is the first sign of it. The policies for platforms, FPSOs, etc. need to be in place because the assets are there. Everything else – such as construction policies, workmen’s compensation policies and medical policies – tends to suffer a bigger hit if and when companies start reducing their activities on a more permanent basis.

What are some of the encouraging indicators for foreign investors looking at Angola?
The government has been very focused on improving the economic environment and we are already starting to see results. Angola has gone up a few places in the World Bank’s Doing Business index. Specifically, in the oil and gas industry, we are starting to see results, such as the legislation passed on marginal fields. That had an immediate effect as we started seeing new projects.
All in all, good measures are being taken. Maybe things aren’t moving as fast as everyone wants, but there is a very important issue which prevents foreign investment from coming in, which is the availability of foreign currency to pay dividends out of the country. However, this has improved somewhat. Foreign exchange is more available now and payments are going out, whereas three years ago we could not even pay a supplier.
Now, there is a rule that banks must process the transfers within five weekdays or let you know in three weekdays if they cannot process them. There was another piece of legislation enacted that simplifies the payment of dividends outside the country. I think these are all good signs that the country is open and making the lives of foreign (and domestic) investors easier. Now, of course, the Covid-19 pandemic does not help, as in times of uncertainty, investments will be postponed or adjusted. However, I think we are on the right track.