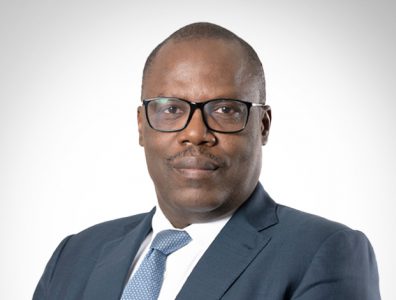 It’s always important to give incentives. We must remember that we are not alone in our bid to attract investment.

Paulino Jerónimo, president of the National Oil, Gas and Biofuels Agency (ANPG), talks to The Energy Year about changes to regulations and contractual dynamics in Angola’s upstream sector and the next steps in the ANPG’s exploration strategy. The ANPG is Angola’s national concessionaire, regulator and supervisor of the oil and gas upstream and biofuels sectors.

What is the current state of Angola’s strategy to reverse the decline in oil production?
As part of the oil and gas industry reorganisation process, in 2018 the government of Angola created five new laws that led to the simplification of the goods and services contracting process; exploration in existing development areas; fiscal and contractual incentives for marginal discoveries; and the natural gas regulation, which now permits access to gas ownership rights for investors, allowing them to explore, develop, produce and monetise this valuable commodity.
We expected to start seeing the initial results of implementation of the five laws in 2020. However, due to the Covid-19 pandemic impact, Angola went from eight rigs in early 2020 to zero by mid-year. Due to the limited mobility of equipment, goods and people, companies stopped drilling. As a result of the engagement efforts with operators, we were able to create the conditions for the rig operations to resume, allowing us to end 2020 with five rigs in operation.
Since then, drilling activities have been recuperating steadily in mature fields such as blocks 14, 17 and 15. We are drilling infill wells in areas with a heterogeneous subsurface and good reserves but low production. As of April 2022, we had 10 rigs in-country, with more to come for the remainder of 2022.

What role has the regulatory framework played in Angola’s upstream sector?
Since Angola reached a 1.9-million-bopd peak around 2008, our production has been in decline – first a gentle and then a very steep decline. In 2015, we tried to determine why this was happening. We saw that in the previous 20 years, we had only organised three major bidding rounds. We also realised that our laws were not allowing marginal fields to be developed or mature fields to be redeveloped.
There was a decrease in the number of exploration wells. We also had a lot of oilfields discovered that were marginal, or were not commercially viable with the existing contracts, so they were not being developed. Moreover, inside many development areas we still had some potential, but we couldn’t drill it because the contracts didn’t allow the companies to drill a second exploration well inside of a semi-developed area. Meanwhile, gas was also not being monetised because the laws made this difficult.

What are the most important changes in the contractual dynamics regulating the upstream sector?
The first-generation production-sharing agreements, in which the share of the petroleum profit oil was based on cumulative production, didn’t incentivise the operators to invest more. But the 1992 second-generation production-sharing agreements, in which the share of production of profit oil is based on an internal rate of return, incentivised operators to make more investments in fields. With this, when they make a big investment, the share of profit oil shifts in their benefit. These laws were the critical factors that allowed Angola to achieve the peak production of 1.9 million bopd in 2008.
In this period, Angola began attracting new majors that brought not only money but know-how to develop the oil business. Another critical factor for this success is the contractual stability. We need stability in place to be able to safeguard the rights of investors.

What are the latest updates on natural gas exploration and production?
We created the New Gas Consortium, which will produce gas and sell it to Angola LNG. They will explore three areas of blocks 2 and 3 for natural gas reserves. The agreement says that if they also find oil, they can develop, produce and commercialise it.
Eni is producing gas in Block 1. They will drill some prospects west of Block 1, where most likely we’re going to find gas, where they can either sell to Angola LNG or create a small facility to produce LNG. CABGOC is building the Sanha Lean Gas Connection (SLGC), an offshore subsea gas pipeline system, in the Sonamet yard in Lobito. This will allow them to send gas from the Sanha fields to Angola LNG.

What are the next steps in the ANPG’s exploration strategy?
In 2019, the government approved the 2019-2025 bid rounds strategy, focusing on licensing around 50 new concessions. Finding oil is the top priority. We have already organised three bid rounds since 2019. Our goal is to keep our production above 1.1 million bopd for the next five to six years. Without exploration, the decline will continue. If we succeed in exploration, instead of simply keeping production above 1.1 million bopd, we can increase our production target.
The first bidding round was for the Namibe and Benguela basins. The awarded companies are now planning to do new seismic to evaluate the blocks surrounding theirs, and our expectation is that very soon they will order more blocks in the Namibe Basin.
Our next goal is to evaluate the ultra-deepwater potential – that is, the most western part of the Namibe Basin. We are re-evaluating the blocks with the help of an external company. We are performing these evaluations in 2022 and will continue in 2023, and depending on the results, we may put these blocks out to bid in 2024.
The bid round strategy is not enough to solve our problems. Bid rounds are for existing concessions. We are not expecting to have all the blocks awarded during these rounds. We have a new “permanent offer” regime that permits us to award to investors, through direct negotiation, blocks that are not awarded during the bid rounds.

What are the priorities to evaluate the potential of the country’s sedimentary basins?
We have some areas that haven’t yet been divided into blocks. Some are being evaluated by potential operators, but others are still free. Therefore, we decided to put together an exploration strategy to evaluate more than 800,000 square kilometres of sedimentary basins in Angola.
A good example is the Kassanje and Etosha-Okavango interior basins. Some oil seeps have been observed there, and we have reports of the presence of oil on the surface. We started with accessibility studies for rock conditions, then we cleared the area of landmines and now we need to develop logistics bases. We subcontracted an external company to assist us in collecting and evaluating samples, seeking petroleum systems. We did aerogravimetry studies to determine the basins’ depth and confirmed there is enough depth to generate oil.

What are the main takeaways from the 2021 modification of the local content framework?
The new local content framework must be competitive and must develop the necessary quality among companies. Local content cannot reduce competitiveness or increase costs in the industry. This would send the wrong message to investors and could impact the overall objective of ensuring sustainable production.
Our approach was to create three contracting regimes: exclusivity, preference and free competition. The least complex work to be done in the industry was reserved for exclusivity because that work can be carried out by local companies, and they are already doing it.
For the preferential regime, if the service or goods are provided in the country, preference shall be given to the local provider if the cost is within a certain range. If local companies are much more expensive than international ones, it is possible to acquire the goods or services from international companies. The idea here is to generate joint ventures in which international companies bring knowledge and investment to local partners. Our expectation is to update these goods and services lists annually if we need to.
Our expectation also is that this process generates real local companies that can do more complex work, and then we can migrate goods and services to the exclusivity regime.
Sometimes there is a misinterpretation of our procedures. Local companies need to first register on the ANPG website, then present the required documentation. The ANPG and representatives of operators will then visit these companies’ installations to check whether they are up to the standards we require before providing the approval and certification to enable them work in the industry.

How do you approach attracting investors via fiscal incentives and contractual flexibility?
We are providing the operators of different blocks with fiscal and contractual incentives. There are many countries in Africa that are producing oil or have recently discovered it. That means that there is more competition for the same number of operating companies and the same amount of capital investment available. Thus, we need to be competitive. If we aren’t, we will lose the investors.
It’s always important to give incentives. We must remember that we are not alone in our bid to attract investment. Under our bid round strategy, every two years we organise a study to evaluate how competitive Angola is with other countries. We are just finalising one in mid-2022.