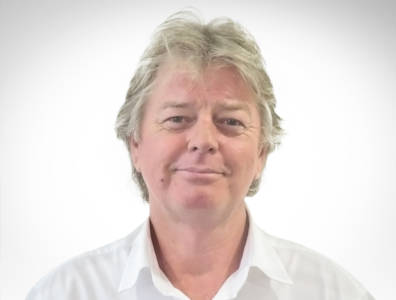 Angola is a country full of potential, with vast oil and gas reserves and high production.

Colin Ferguson, general manager of DOF Subsea Angola, talks to TOGY about the impact of low oil prices and ways for the country to improve its hydrocarbons-related operations by building the local workforce. The marine-services provider opened in 2006 as the local subsidiary of its parent company DOF Subsea.

How have low oil prices impacted Angola’s subsea services market?
The downturn in oil prices has greatly impacted exploration and production companies. They are concentrating on cutting costs amid limited budgets. Very few projects are coming on line. Many have been either shelved and postponed indefinitely, or abandoned.
As a result of cost cutting, market prices for equipment and services have decreased. Major operators are asking services providers to revise their prices on long-term contracts.
Increased co-operation between companies in the hydrocarbons industry could help curb the price of production. Even though talks about increased collaboration between hydrocarbons operators have been in the works since 2010, it is not easy to collaborate with competitors.
Service providers are vying for the same contracts. Companies that operate worldwide but had no prior presence in Angola are bidding on local tenders. The domestic market is already challenging to operate in, and the increased competition complicates matters.

What are some challenges to operating in Angola’s oil and gas market?
Businesses active in Angola’s hydrocarbons industry face several challenges. It is an expensive country to run an operation in. The foreign exchange regime makes it difficult to pay invoices that come from abroad by mandating that companies active in Angola are paid in the local currency, the kwanza. Meanwhile, international suppliers demand payment in dollars or euros.
Administrative obstacles can also have a great impact on projects. When the arrival of foreign personnel is delayed, there is a disruption that influences everything from effective planning to workforce rotation.
Angola can learn from studying Nigeria’s development. It is difficult to compare the two countries since Nigeria is a more mature market, but the Nigerian visa system is based on the same principles towards the protection of its own labour market and works more efficiently.
Angolanisation is important and the need to protect the local workforce is understandable. However, the oil and gas industry in the country now depends on foreign expertise. Whether or not this is a good thing, everyone is aware that expatriates are necessary for the market’s health.
There is a need for a visa system that protects the local workforce without hampering the availability of foreign expertise. Nigeria has a system that allows expatriates to apply for a 90-day temporary work visa. Applicants can acquire a maximum of three temporary work visas per year, meaning they can be in Nigeria for 9 months. This system allows companies to bring in certain skills when the project requires it without posing a threat to the local workforce.

What are some obstacles in building up the local Angolan workforce?
Attracting skilled labour is a challenge. There are plenty of well-educated, skilled people in Angola. Some Angolans who have studied and trained abroad are returning. Companies are committed to hiring and retaining the best talent, leading to a competitive labour market.
Angola is building towards the future and making progress. The process will take decades, and the country needs to start with the basics by building a solid foundation. Training employees is of great importance. Subsea engineering is a specific discipline that requires certain skills and experience. That is why many companies invest in in-house training programmes.

What do you think is the future of the oil and gas industry in Angola?
Angola remains a major player in the African market. Angola is a country full of potential, with vast oil and gas reserves and high production. The country’s pre-salt blocks hold a lot of potential, but there are no plans to explore them any further. Deepwater exploration and production is too expensive.
Not much is known about what was found by the companies exploring the blocks. The data is well guarded. Looking to the Brazilian sub-salt geology formations, one can predict there will be more activity as soon as oil prices rise.
The country’s natural gas reserves are an interesting asset. Oil is the main product and gas is a byproduct, but Angola has the potential to become a gas centre. While Mozambique might be a competitor, that country is concentrated on gas and sees oil as byproduct.