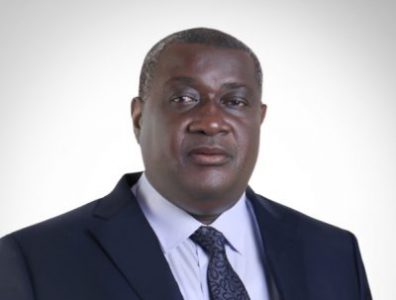 Initiatives to tie back and to add infrastructure to existing fields will help use more of the capacity of the bigger structures.

Domingos Augusto, CEO of Sonamet, talks to The Energy Year about trends in demobilisation and FPSOs, the key takeaways from Angola’s upstream reactivation and how Sonamet is raising the bar in the domestic fabrication sector. Sonamet is an Angolan fabricator of structures for oil and gasfields.

What are the key takeaways from Angola’s upstream sector reactivation?
Major projects entering into different phases in 2021/2022, such as Zinia phase 2 and CLOV 2, are all improvements of existing facilities. While in the beginning many fields needed to be developed from scratch, now the infrastructure is already in place. These initiatives to tie back and to add infrastructure to existing fields will help use more of the capacity of the bigger structures.
Another key factor is the oil price, which is progressively going up. Companies are stepping up their game because later on, the energy transition might make it much more difficult to make an investment. I believe we’ll see a lot of projects coming up. There is also a push to maintain the level of production, perhaps increase it a little bit.
At this point in time, we hope we will have the opportunity to go back to close to the employment levels that we had in the past, taking advantage of the protections of the local content decree. So there are a lot of new drives, and a lot of organisation behind all these projects that are being sanctioned.

What main trends are affecting the fabrication sector?
Worldwide, there is a crisis in logistics and transportation causing delays in the transportation of raw materials needed for fabrication. That is beyond our control, and even beyond the control of our suppliers.
Because of the pandemic, the industry has suffered a lot with the demobilisations of infrastructure and yards going into cold stack due to the lack of projects. So on top of everything there is the need to increase and maintain the level of production and take advantage of the price of oil. Angola has an overcapacity in terms of executing fabrication. Some of the yards are existing with a very low productivity level, or low volume of work.
A big challenge is the gap in between projects. Until the next project comes up, companies have to demobilise and then remobilise again, doing training for refreshment, which costs a lot of money. The ANPG [National Oil, Gas and Biofuels Agency] has done a very good job in addressing this. They are sanctioning projects continuously. This is very important for us because the more they delay the sanctioning of these projects, the more time we have to wait and the more demobilisation campaigns we’re forced to undertake.

How is the ANPG working to rationalise the types of fabrication performed in-country and abroad?
The projects are being distributed well. The ANPG is looking at the work and assessing how projects could be split across the different facilities in-country. The ANPG is the referee of this game: they will assess your capabilities and if you’re not capable of executing a project, they will not endanger its performance or delay it. But if there is a solution in-country, they will push for us to do it.
For instance, Sonamet can absorb the simple work of developing post-production jumpers for a field, but can also execute a big platform or full SURF or SPS project. So small jobs will go to smaller yards, and big ones will be reserved for bigger ones.
For instance, Sonamet is involved in the fabrication of the jacket and the deck of the platform for Chevron’s Sanha Lean Gas Connection (SLGC) project, while it was deemed best to send the booster compressor module outside the country. Chevron and the ANPG saw that we have the capability of executing and delivering them. So instead of being built in America, Europe or Asia, the full project ended up with us and drastically increased the scope of work that we had.
Fabrication yards are Angolan companies, so the local content decree protects us a lot. And now, the experience we have accumulated allows the local yards to absorb more of the fabrication of such structures.

How do you expect decommissioning demand to evolve given the high numbers of mature oilfields in Angola?
One of the major campaigns that will come up is the P&A – plug and abandonment of offshore structures. The ANPG’s plan is very ambitious and it has been on the table for a while. We’ve had some experience in this as we have dismantled some buoys for Chevron. But now we are coming to the big part of the game, which is full decommissioning of bigger structures. It’s basically the reverse of fabrication, and even the QHSE as well as other standards are the same. But the level of preparation and the teams required will demand some serious preparation from us.
Our facility is prepared to accommodate all sorts of projects with different specs. We are preparing for this, and we have already determined the sort of investment we’ll need to do in order to accommodate such projects.

What is your outlook for upcoming large-scale fabrication projects?
I think there will be a new FPSOs emerging. An FPSO is always a challenge because, depending on the water depth requirement, we might not be able to berth it in our yard. I understand that the authorities are assessing the capabilities of the existing yards in order to see how much more scope we could accommodate for an FPSO.
Some structures need to be done in-country, like the suction piles and boat landings. This is not about costs, but is more of a technical and logistics issue. You can build a suction pile here, rather than having it done in Singapore and having to bring it here.
With the level of complexity of some modules, between the client and the authorities, they prefer to do it outside and then bring the full integrated facility to be installed. We’ve had experience working on an FPSO, which is paying off for us today. We did the modules for the Olombendo FPSO, and they were sent back to Singapore to be integrated.
In the local market, there are new opportunities to deploy FPSOs and new EPCI players have emerged.

Which are the company’s future plans to further develop its training capabilities?
We have the capacity to train 200 pipefitters and 200 welders. But the demand is not there yet. We’ve reopened our training facility with the aim of preparing the workforce involved on the SLGC.
We’ve also been receiving requests to provide some other training, such as training for engineers. But unfortunately, we are not yet at that level. We’re going to start studying that to see what other types of training we can provide.

How is Sonamet trying to raise the bar in the domestic fabrication sector?
We work on having a competitive price, on our base cost. We are trying to improve the way we deliver projects by maintaining the people with the right competencies, with the right level of training.
We try to partner with local companies to help us to deliver parts of the project – for instance, painting and non-destructive tests. Another key aspect is getting involved early on in every project. Normally we would just receive the engineering drawings and do the fabrication. But this incurs a lot of back and forth, and it’s much easier to execute when we’re already familiarised with it.
For the future, to maintain our competitive advantage, we’re continuing to work on our pricing strategy and taking on projects in a more collaborative mode with our partners via early engagement.

What are the challenges for domestic fabrication yards to deliver procurement services?
Our procurement departments at the level of fabrication are not as evolved as those of an engineering company or a major EPC contractor, just for the simple reason that they do this worldwide. In addition to owning the engineering of the project, their bargaining power with major international suppliers is much greater than ours. We had ventured in the past into doing that part of the work, but for the time being it’s not worth it.